I love that this picture is the one that Tommy is staring at fiercely to reassure himself that he’s still a good person who’s made a lot of progress despite his current bumpy romantic situation. “Damn it, would a loser have a ripped bod like that? No! I good enough and I’m beefy enough to earn respect, and I’m going to step up my volunteer work with that weightlifting charity to make sure the kids of tomorrow have a head start when it comes to making gains!”

“And I don’t have any? Because I’m a bird? And have wings instead? Is that the joke? God damn it, one of these days the joke here is going to be about how we’re birds. It has to happen eventually!”

I’m honestly not exactly sure, but I’m assuming the punchline here is that the mayor is not, in fact, living the high life thanks to thrift and good financial planning? Usually when Shoe does a joke about a comically corrupt politician, the strip deploys Senator Batson Belfry, but since senators pull down six figures, I guess he wouldn’t really work for the joke. But look: do you really believe that Treetops, a town that isn’t exactly Hootin’ Holler but is definitely depicted as having seen better days, somehow has enough opportunities for graft that its mayor can “live like a multi-millionaire”? I mean, the Perfesser is at this official city government press conference sitting on a crate, and I assume he brought it in from home. 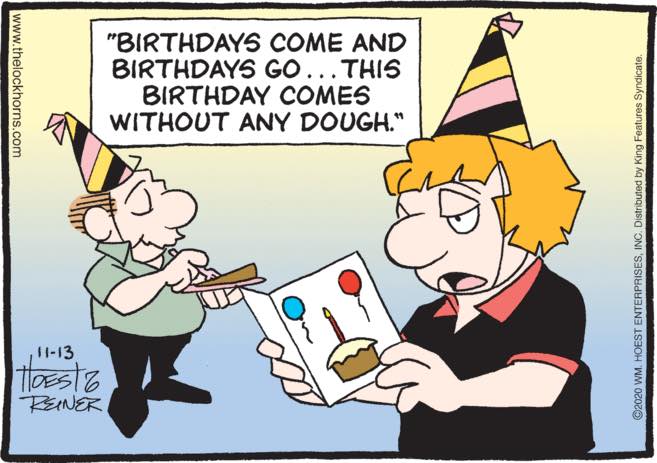 It can be difficult to ascertain the full social context of any given scene in the Mostly Featureless Lockhorns Void, but it really seems like nobody else is as this “party” and that Leroy went to the trouble of getting party hats and a cake just to give Loretta this cruel card. I like that he’s stepped a few feet away from her as she reads it, to be sure that he’s fully out of her emotional penumbra as the message really hits home.

Anyway, what do you guys think is going on over at Pluggers? I’ve gotten over that whole chicken leg business, probably they aren’t dabbling in body horror anym– 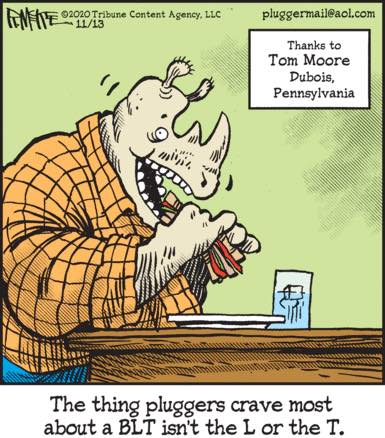 This can’t be right, right? This has to be some weird Pluggers man-animal chimera nightmare bullshit. I’m just gonna Google Image search “rhino teeth” and s– 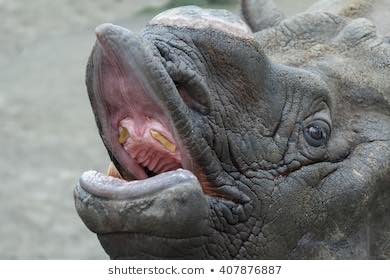 JESUS CHRIST, this is even worse, what the fuck am I even looking at, that can’t be right, keep scrolling through the images, there has to b– 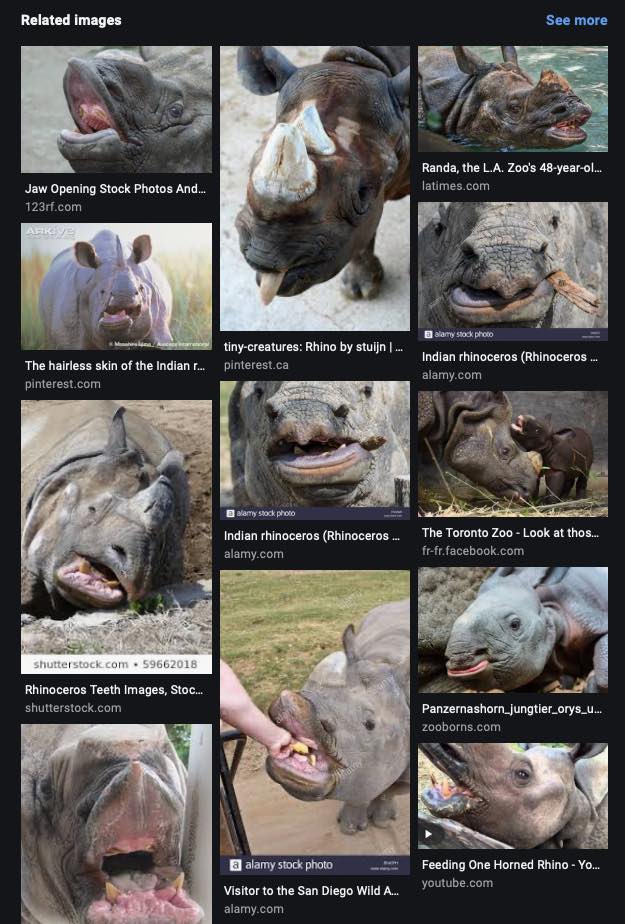 One of the whole reasons this blog exists is to make you actually think about the longstanding institution of the newspaper comics and really appreciate how weird they are. Like, take Shoe, which is about bird-people who live in a treetop town, which sounds like a recipe for either gentle whimsy or manic antics, except for the fact that these bird-people are just miserable all the time. Often they’re depressed to the point of near-catatonia but sometimes they can rouse themselves to go out into the world and be merely unreasonably irritable. How long do you think Shoe’s been sitting there, listening in on other people’s conversations, waiting for any possible opportunity to jump in and gratuitously insult Roz, at whose restaurant he eats every day? It can sometimes be hard to parse the sequence of actions in a comic strip, but I’m interpreting the appearance of a stogie in panel two as meaning that he delivered his jibe, then pulled out and lit up a cigar right there in the restaurant, as if to emphasize all the different kinds of asshole he can be.

Hey, remember when Harry Dinkle learned he suffered from hearing loss and had to quit as Westview’s band director? Well, he’s apparently nevertheless still teaching music to children, who are ungrateful little brats who would rather dick around on their phone than learn how to play an instrument they hate from a guy who can’t hear very well. 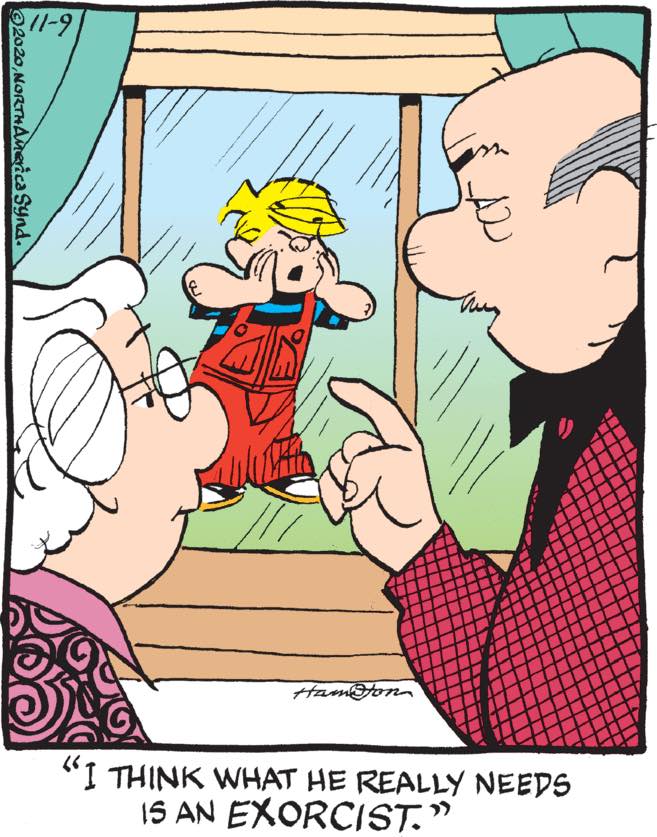 I truly, sincerely hope that Mr. Wilson is saying this because Dennis is in the middle of his front lawn, shouting about demons in Latin at the top of his lungs.