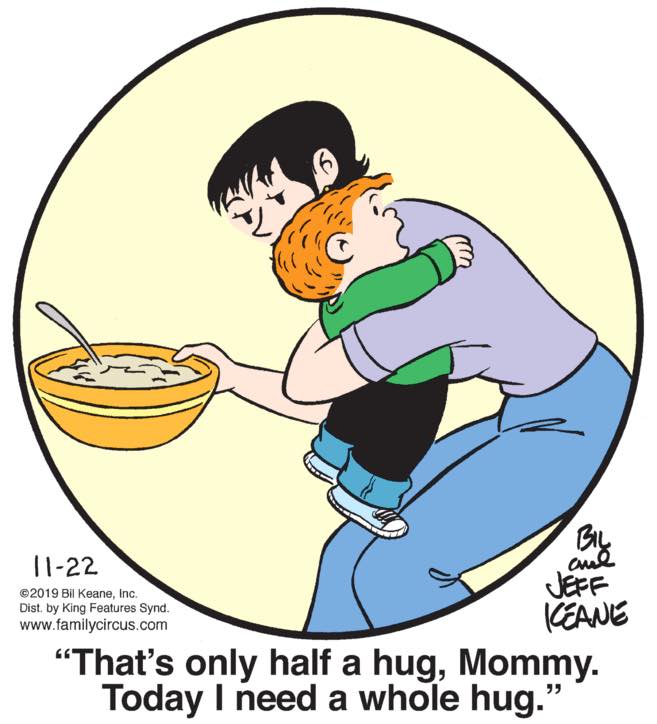 OK, guys, look, as a childfree adult who spends very little time interacting with toddlers, I don’t have … the strongest sense of how big they are, and that’s on me. But I also think that some of the sizing of objects in the Family Circus is a little off, like things are the wrong size in comparison to one another, for whatever reason (whispers “clip art” into the wind). What I’m trying to say is, that’s an enormous bowl of gruel Ma Keane is holding, right? Like, it’s almost the size of Jeffy’s torso and it is filled to the brim with viscous, ecru flavor. It’s gotta be really heavy and honestly Jeffy is lucky he’s getting as much hug as he’s getting.

NOBODY CALLS IT A “TRAMP TATTOO”

ALSO IT’S ON THE LOWER BACK, BECAUSE THE IMPLICATION IS THAT IT’S FOR PEOPLE TO LOOK AT WHILE YOU DO IT “DOGGY STYLE”

I DON’T MAKE THE RULES