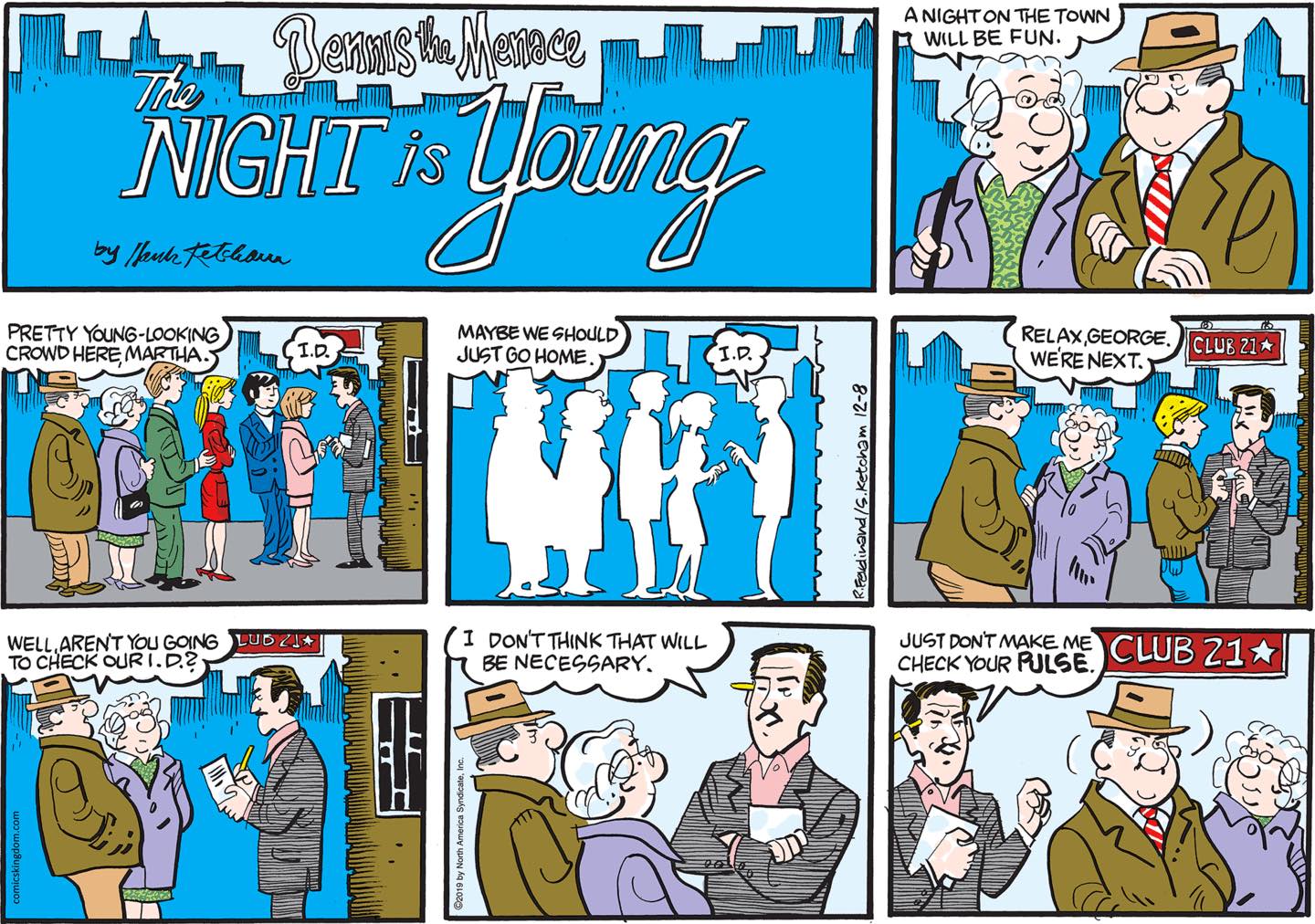 I have so many questions about what’s happening in today’s Dennis the Menace! Like, what goes on at “Club 21” that has inspired George and Martha to go out and make a night of it with the young folks? Live music? Dancing? Is there a DJ? And why is this bouncer writing something down in his little book as he ostentatiously fails to check the Wilsons’ IDs? Is that where he keeps track of the number of old fogeys who’ve been admitted to the club, making sure it doesn’t hit a critical mass that would keep young, hot people away? Finally, why are we being treated to a George and Martha Wilson excursion in which Dennis is not even present? Did someone want this? Did someone ask for this? Is the comics section’s rapidly aging readership increasingly unable to relate to children, and so Dennis is going to be gradually eased out of his own strip, replaced by the Wilsons and their septuagenarian antics? 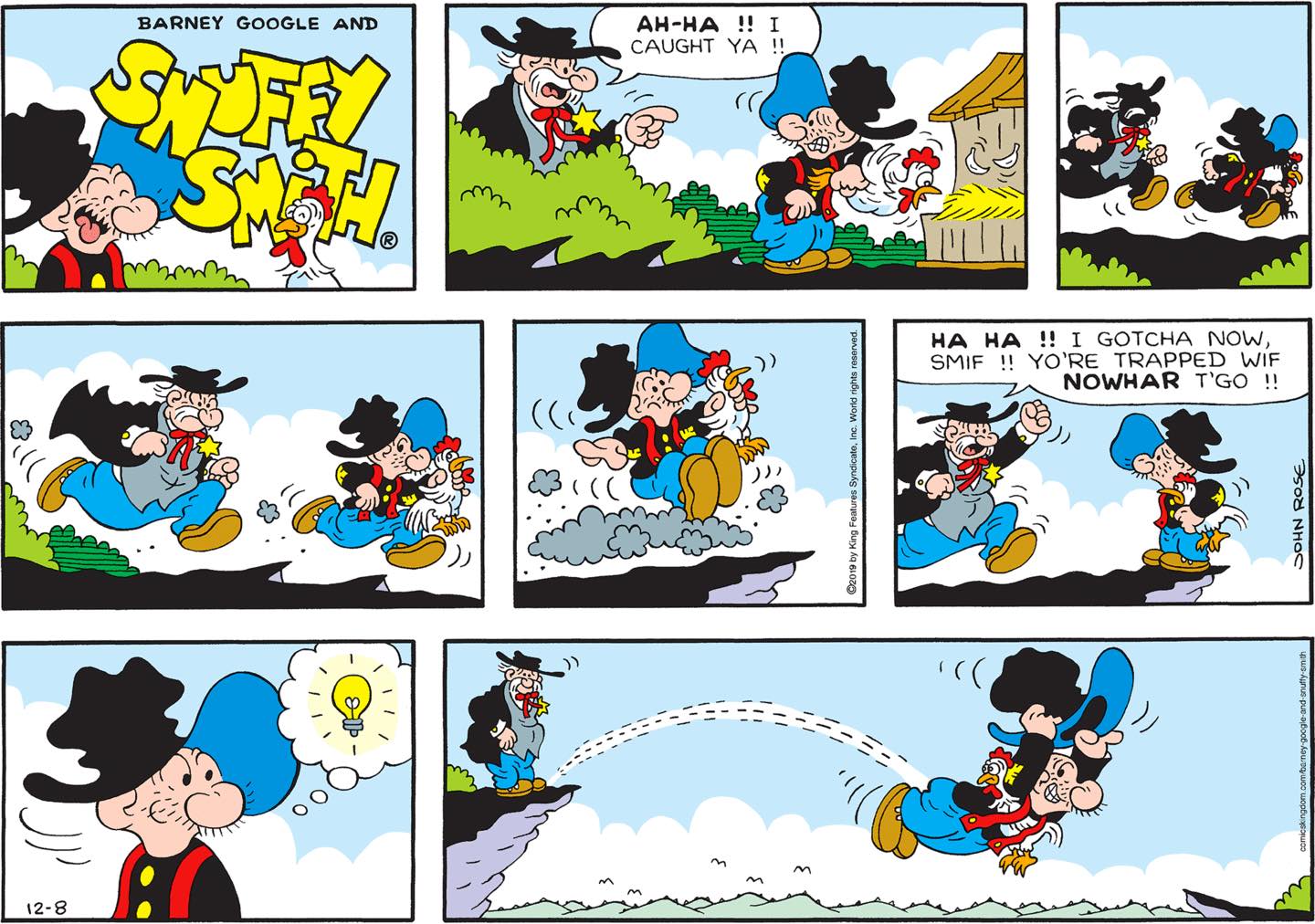 In my heart of hearts I sincerely hope that this strip was written with Snuffy, finding himself facing yet another stint in Hootin’ Holler’s pokey, deciding to hurtle himself to his death, taking his sad-eyed stolen chicken down with him, rather than give Sheriff Tait the satisfaction of capturing him. Sadly, this Thelma and Louise-style ending of the strip was nixed by the syndicate, and so another cliff’s edge on the opposite side of the gorge was added to the last panel just before publication.