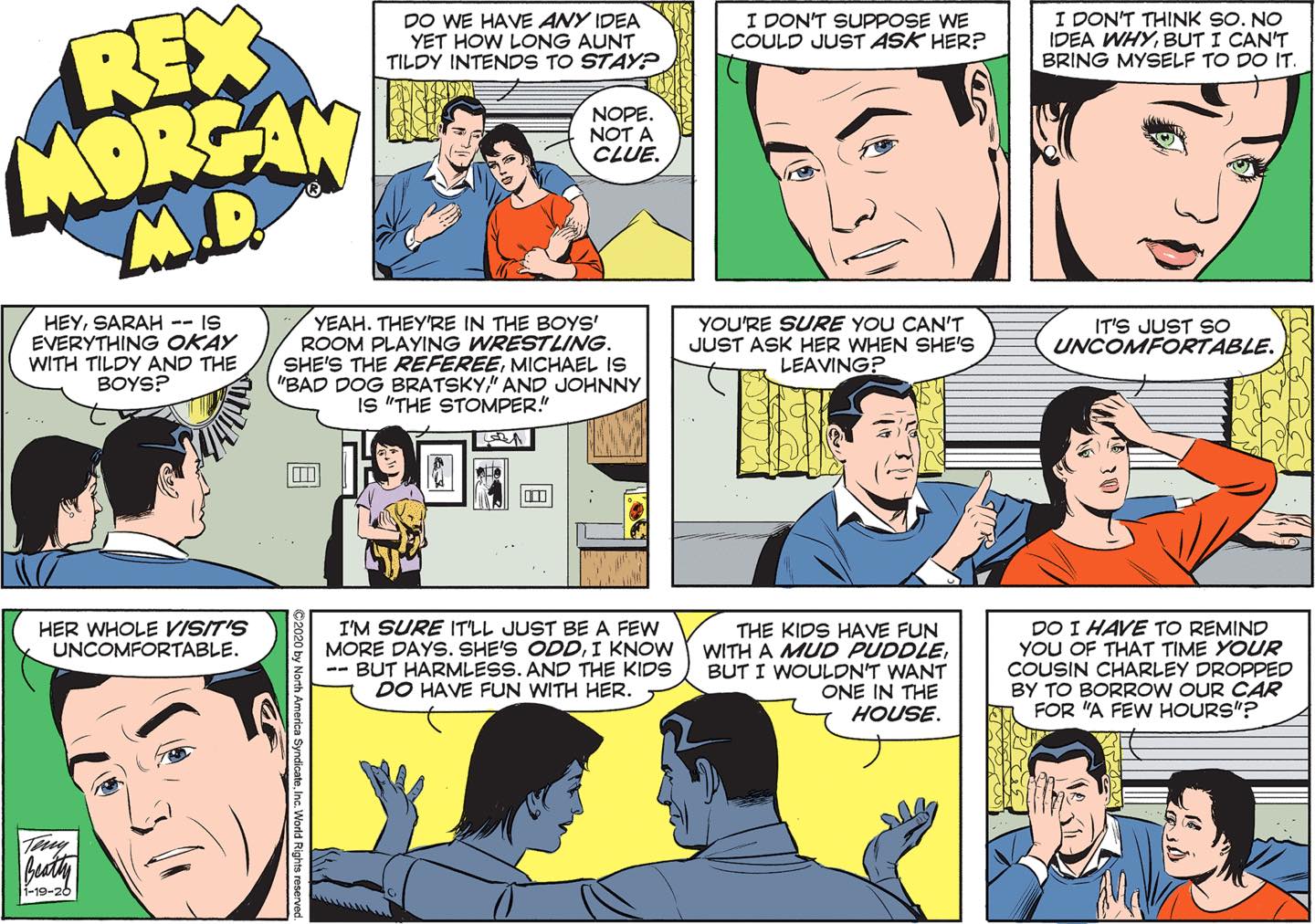 I have to say that I am living, unironically, for this storyline where Rex and June are at their absolute wit’s end because they’re being extremely mildly inconvenienced by Aunt Tildy. I mean, not even inconvenienced in any substantive way! Just kind of annoyed, but too passive-aggressive to actually speak up about it! It’s great! Let’s watch ’em squirm! In fact, I certainly hope this “Cousin Charley” thing is the setup to a flashback about a similarly well-meaning but irritating relative who made their lives slightly less enjoyable for a while, and we watch this play out and Rex and June getting pissier and pissier for the next six to eight weeks, and then we come back to the present and get some more Aunt Tildy annoyance. Let’s air some exceptionally petty grievances, people!

There can be absolutely no more appropriate ceremony to begin the process of sinking millions of dollars into a prestige Lisa’s Story movie than to ritually set some money on fire.