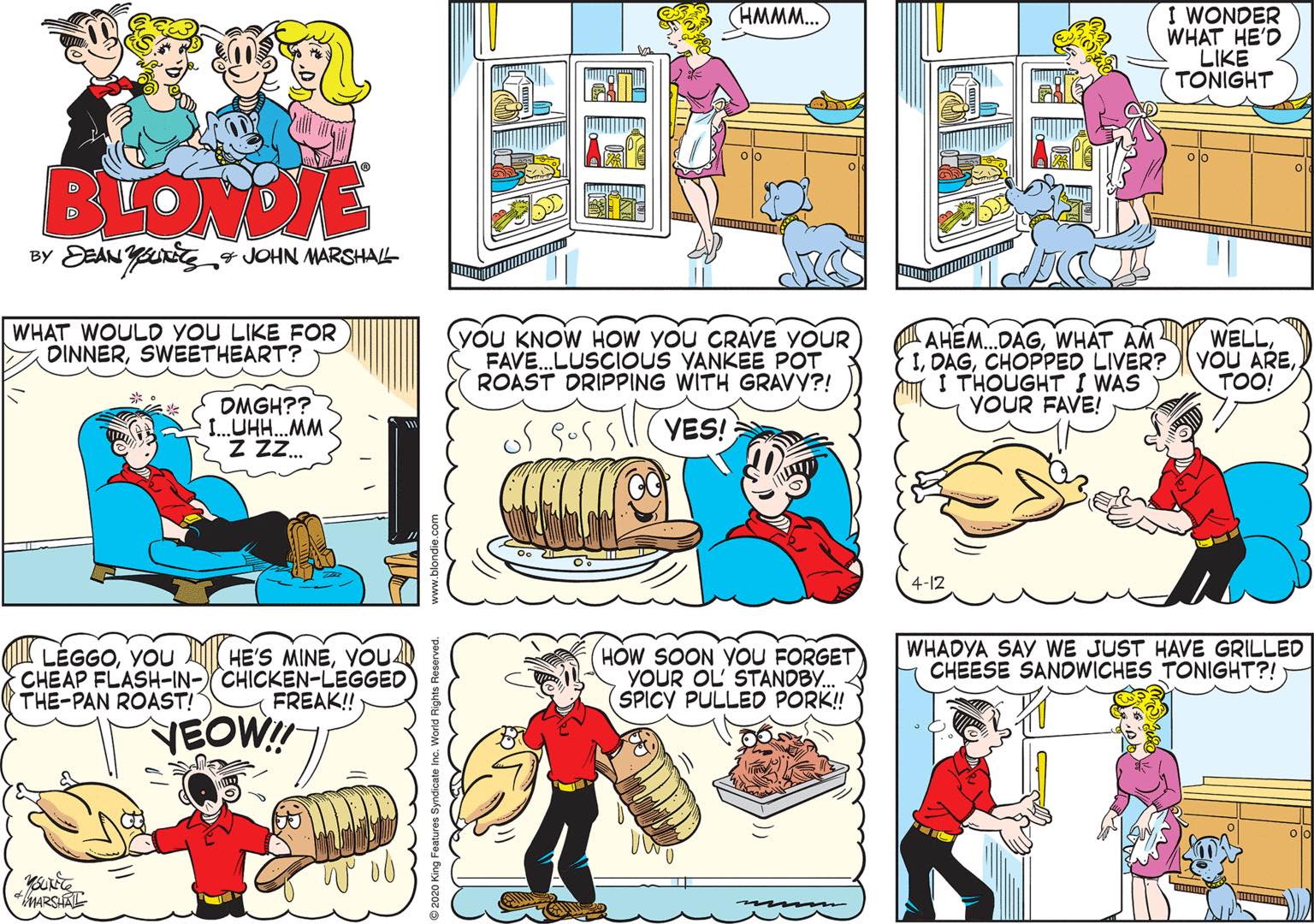 It’s honestly sad that Dagwood’s two favorite things — food and sleep — have betrayed him like this, combining into a nightmare melange of psycho-sexual horror. There are so many things to be disturbed by here, but for me, the worst is the contrast between the pulled pork and yankee pot roast, both foodstuffs made up of animal tissue transformed into a slurry that can be shaped at will, and the turkey, which still contains the skeletal structure of the deceased bird. Yet in its anthropomorphized dream form, the turkey’s eyes are at its anterior end, and the incision into its gut is transformed into a hungry mouth. As the various foods begin to devour Dagwood in revenge for his failure to devour them, his cry of pain indicates that these monstrosities have real, sharp teeth. Truly one of the most harrowing things I’ve seen in the comics in years. 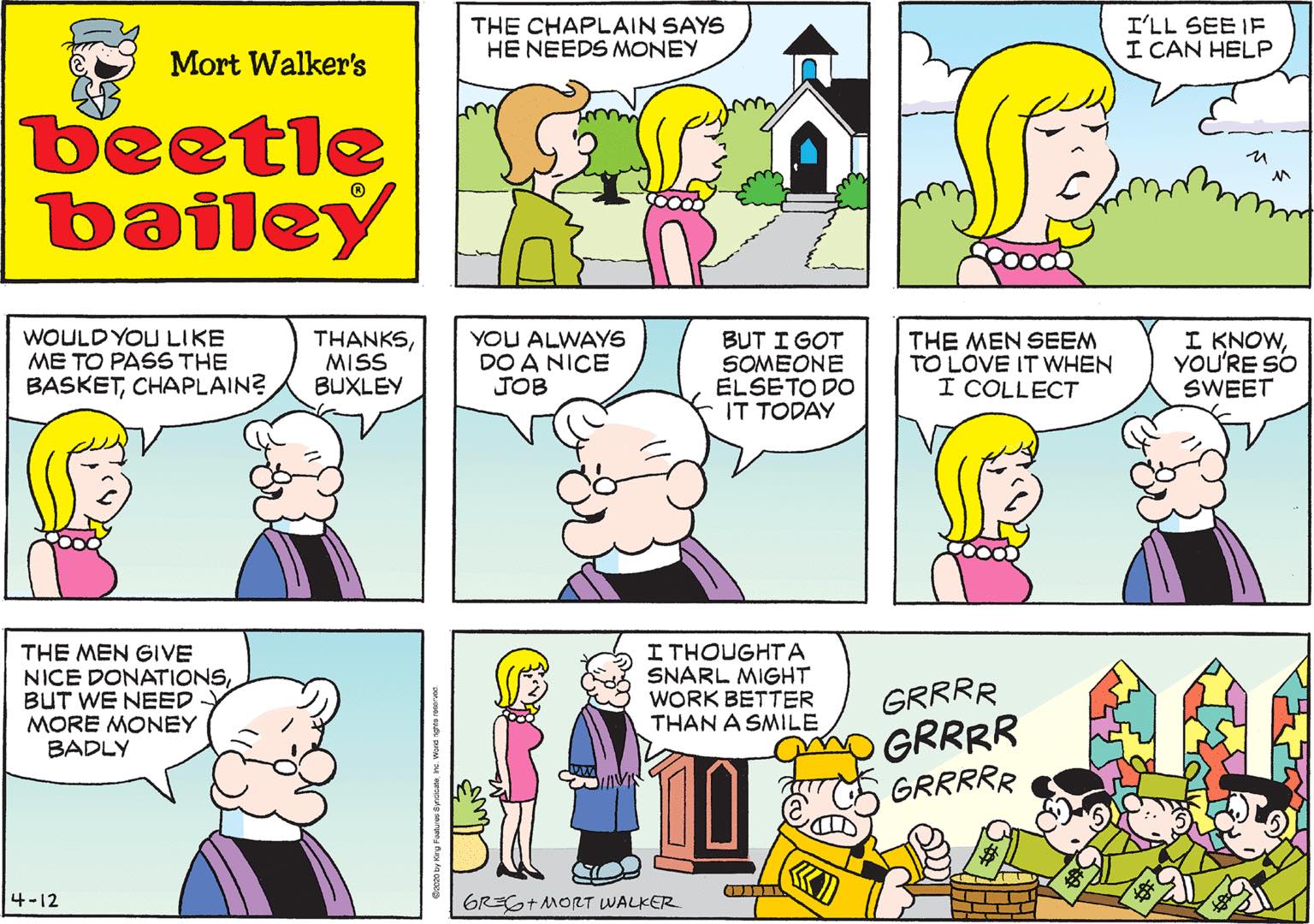 In a perfect world, Chaplain Stainglass’s parishioners would be spontaneously moved to tithe by religious feeling, or at least from the sense of community their church provides. But the chaplain knows that in this fallen wold of ours, there are only two things that motivate mortal sinners — lust and fear — and he’s not too proud to use both as fundraising tools.