Well, it looks like Saul has allowed his … first-cousin-once-removed-in-law? … to browbeat him into serving as Madi’s guardian for the summer. What do you think their first fight is going to be about? Since Saul forced Greta to put on a bow tie to match his own even before he got her home from the shelter, I assume it will be about Madi’s refusal to wear a bow tie. Presumably she’ll eventually put it on, signaling the resolution of this storyline’s conflict, after she’s figured out how to make it “goth.” 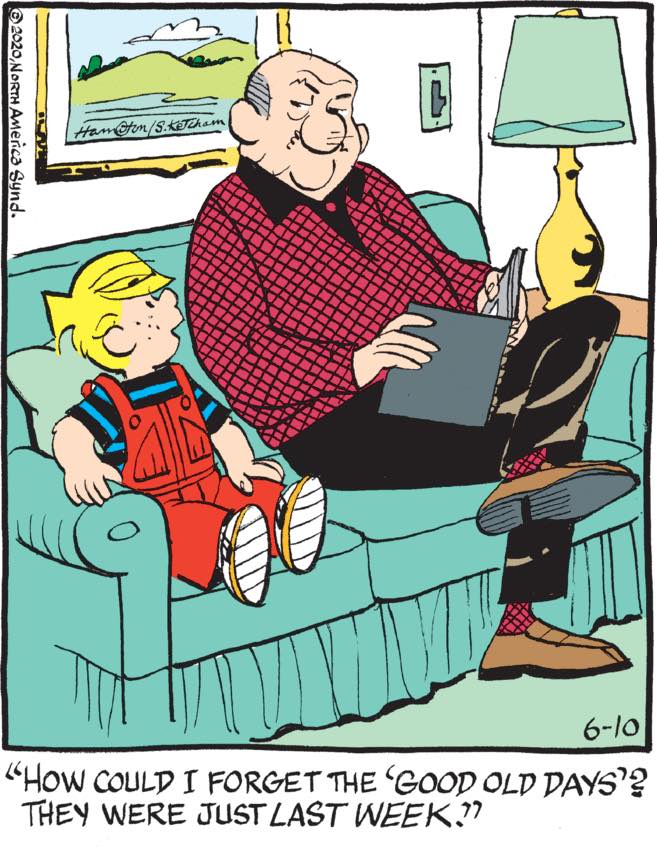 Casually letting Mr. Wilson know that amazing things are happening all around him, but that he’s so steeped in anger and poisonous nostalgia that he’ll never be able to truly appreciate them, is by far the most menacing thing Dennis has ever done.