Folks, a reminder that the Zoom show scheduled for today has been postponed but will happen in the future! Please email me at jfruh@jfruh.com and I’ll put you on the list to receive updates, and the URL when it eventually happens! 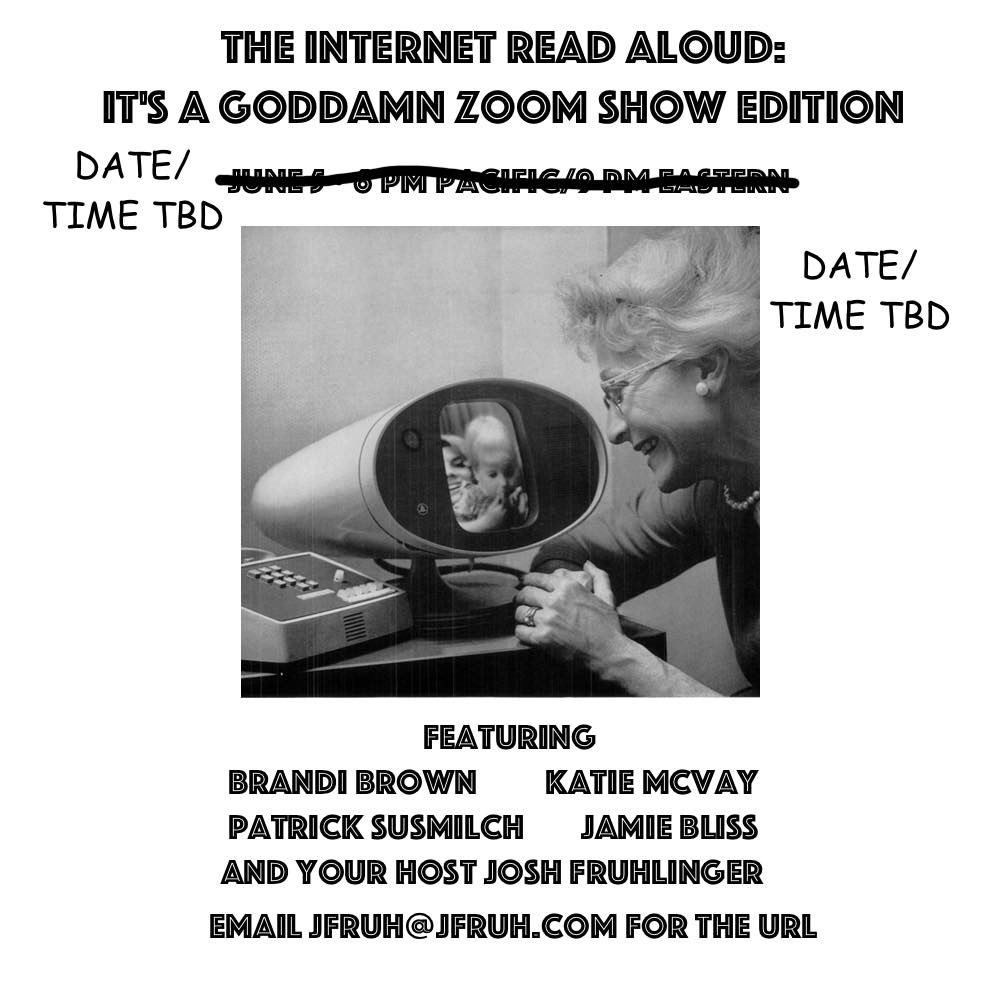 Happening today right on time: Your comment … of the WEEK!

“Today we address the age-old philosophical question: can Mary Worth create a storyline so dull that the strip itself cannot maintain an interest in it? The answer is ‘yes, if it’s about Toby.’” –Mr. A

“And that’s why I can leisurely sit around and drink on the job.” –nescio

“Notice the crude patches on both Doc Pritchart’s gown and the curtains. In Hootin’ Holler they don’t know how to spell ‘sterile’ and they’ll never have to learn.” –Artist formerly known as Ben

“‘Just back from Miami‘ combined with sunglasses. Josh, that bird is on cocaine.” –Fattig, on Twitter

“Has anyone ever said ‘Is that the face you’re going with this morning?’ and stayed married afterward? No, because no one in human history has ever uttered that sentence and lived to tell about it. Luckily, these two are about to jump right into an argument concerning dream interpretation, without even feeling sad that it’s the most interesting thing they’ll talk about today.” –BigTed

“Of course Alan Parker, the man who didn’t care one bit about prison reform until he spent a few days in minimum security lock-up, needs to contract COVID-19 in order for it to be taken seriously.” –TheDiva

“Listen, Mary, all that’s happened is that dumbass Toby has agreed to provide a dessert. That doesn’t merit an ‘all things happen for a reason,’ it’s not like she found Ian face down in a bathtub full of scotch.” –Northernlurker

“Is she cussing a swear or listening to that horrible swear music the kids listen to? When I was a kid, we just listened to [checks notes] never mind.” –Phil Gonzales, on Facebook

“Well Madi’s not a toddler anymore! She has PINK HAIR! and a PHONE! and listens to music with, uh, NEAR-PALINDROMIC SWEAR WORDS! Also, is she FAIRUZA BALK?” –pugfuggly

“This should be the shortest Mark Trail story arc ever. Andy’s owner is a vet, a vet who no doubt micro-chipped his dog that he lets wander around aimlessly all day. Truck driver, after cleaning what is no doubt 15 pounds of dog shit from his trailer, takes him to a vet, chip scanned, Andy returned. But this is Mark Trail so we probably won’t even see the dog shit until August.” –Terry McG

“This kid is going to be reformed in the process of making an instagram account for Saul’s bow tie wearing dachshund.” –Conynaut

“I was hopeful that Les was referring to Crazy Harry the Muppet, because Lisa’s Story with Kermit and Miss Piggy in the lead roles is something I really would pay money to see.” –Spunky The Wonder Squid

“Clearly, Dennis asked to be here. He probably made up some impish excuse about being frightened. In truth, with his deep understanding of human frailties — gained from many hours of painstaking research on Mr. Wilson — Dennis knows that by acting as chaperone, he gives Alice and her dashing dentist the excuse they need to express their desires more openly. ‘Go ahead,’ he says, menacingly. ‘Nothing you do with me in the room could be that wrong, could it? Don’t you want to live deliciously?’” –Navigator

“I like how Lyle is putting so much emphasis on the word ‘living’ while saying ‘closest living relative.’ Um, does Madi have a lot of close dead relatives? How close are they, exactly? Is their house just stuffed with rotting corpses? I can’t decide whether staying with Saul is an improvement or not.” –made of wince

“Tater’s look of indignation in the second panel makes it clear he has no intention of divulging the secret of eternal youth to these degenerate hayseeds. It’s the Illuminati or no one!” –Peanut Gallery