Folks, your comment of the week momentarily, BUT FIRST: tonight, at 6 pm Pacific/9 pm Eastern/other times in other time zones, I trust you to do the math, it’s the first edition of the Internet Read Aloud … over the internet! 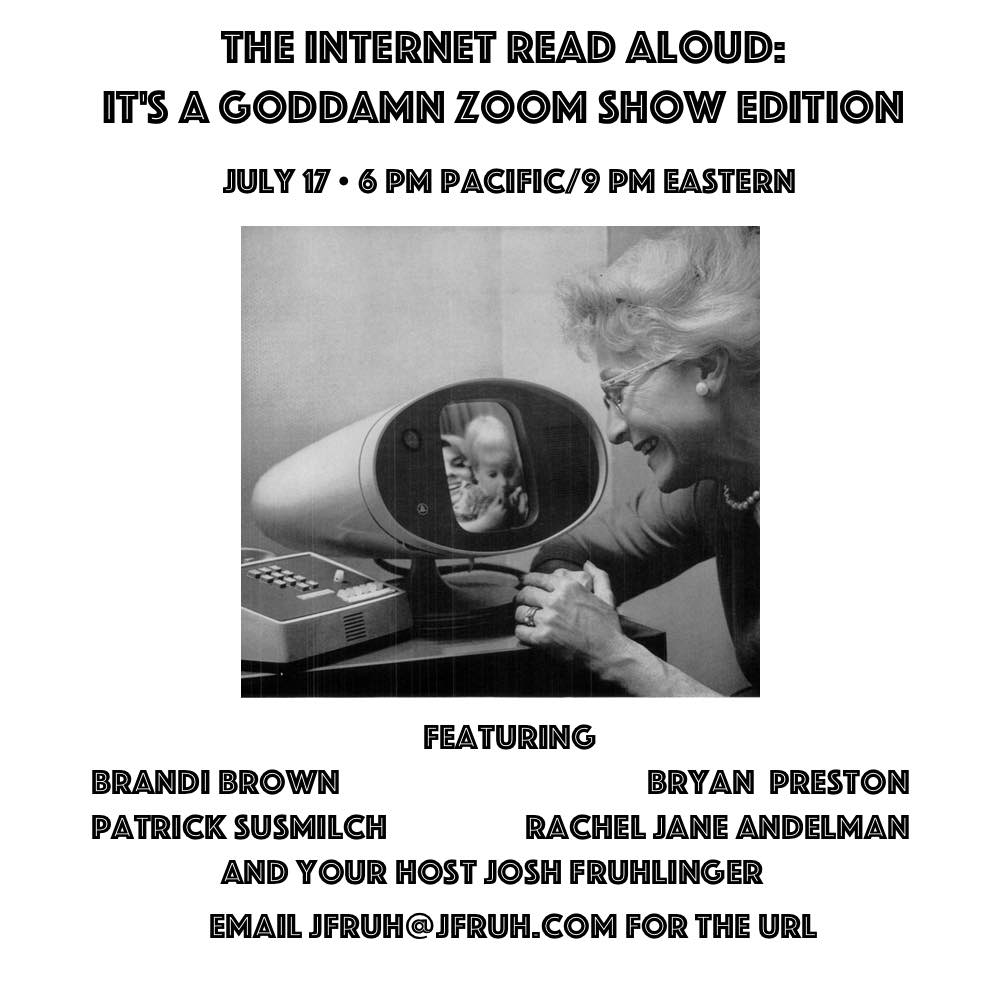 But first, you’ll be seeing this week’s comment of the week!

“I hope Mark’s movie announcement is being picketed. He’s punched enough people that they might assemble to protest anything and everything that might bring him joy or prosperity, right?” –DevOpsDad

“Look, I hate to do this, but ‘wedding tackle’ was in Austin Powers. And by ‘do this,’ I mean ‘admit that I have a clear memory of the euphemisms Austin Powers uses for his junk,’ not ‘nitpick.’” –Anonymous

“This doctor abused his position of power not to extract sexual favours from a nurse, but to solve some mild annoyance. Truly, Rex has always been Rex.” –Ettorre

“Just in case you were wondering if Marianne might be a character you could like, here’s a strip where she encourages Les Moore to talk.” –jroggs

“Wow Dick Tracy is actually kind of blowing my mind here. You got Howdy Doody (real boy version), a meth head, 30s era gangster, and a fat gourmond whose villainous power is fueled by hipster ice cream. They are mashing so many different genres of crap together that it’s making my sinuses ache.” –ArtistFKAtoxic

“It’s a little weird to point out how illegal what you’re doing is whilst you’re in the middle of commiting a crime, but this is still the most natural dialogue I’ve ever seen in Mark Trail.” –Rosstifer

“The worst thing about a plugger’s ‘accident’ in the kitchen is that it’s huge, because he’s a bear. Also, it smells like cooked cole slaw.” –BigTed

“Les is thinking it’s not the wig color that’s wrong but the wig itself. His dead wife Lisa died of cancer and she was BALD when she passed. Les needs to memorialize his dead wife the way she died, much like Christians depict Christ on the cross.” –jeltranksss

“I am rather concerned about the presence within the cafeteria of the orange-haired woman seen over Rex’s shoulder, since she has no face. Perhaps she is at the hospital because she is being treated for invisibility, but I fear it is more likely that her hospital gown is actually … empty. She is the Red Death, and she has come to claim the lives of everyone there. Now, I realize that Rex and June did not in fact die during their cute-meet, but remember that June is telling this story, and this is how she wishes it had turned out.” –seismic-2

“Mock Rocky’s outfit all you want, I’m glad that Beetle Bailey is giving us a peek into his pre-army life as a member of an ethnically-diverse 1980s Hollywood street gang.” –Tabby Lavalamp

“Sarge is looking extremely shocked that the guy he’s known for over 60 years is acting true to his one-dimensional character traits. Brace yourself pal, I think Beetle might get lazy later, and it’s all fresh and terrifying to you every time, isn’t it.” –Dan

“Saul has experienced the death of his wife. He grieved the death of Greta’s predecessor. Recently his nameless cousin, who he apparently loved like a sister, died. Saul should understand the effects of grief but he abandoned Madi to Mary, who has never experienced an emotion.” –N.L. Urker, the Phillips screwdriver of the gods

“I always thought that Loweezy was a real large woman, given how she towers over her husband, but look at those giant dollar bills in her hand: she must be pretty damn small, and Snuffy must be absolutely miniscule! I guess the joke here is ‘severe malnutrition.’” –pugfuggly

“Putting the money in a bank is, of course, out of the question. The last bank in the Holler failed in 1933, when both depositors tried to withdraw their funds at the same time.” –Mr. A