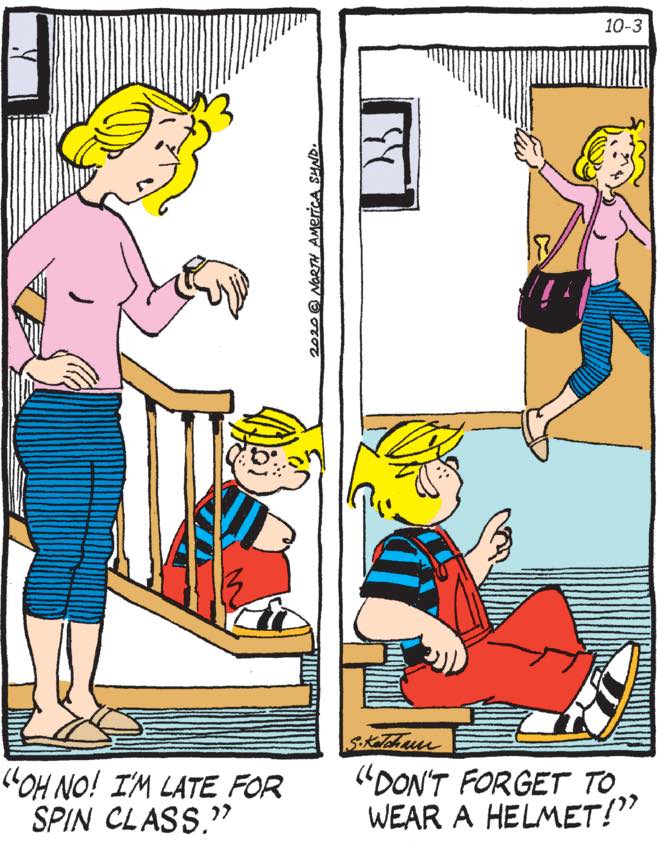 I want to confess something right here on this blog, before the whole dang internet: for many years, until, I wanna say, the mid-to-late ’00s, I assumed a “spin class” was some kind of aerobics thing where the exercise consisted primarily of spinning around in a circle, and it wasn’t until my father-in-law started taking one after his heart surgery that I learned that, like, stationary bikes are involved? Anyway, the point is that Dennis here, a mere child, is managing to pull off some passable menacing that’s reasonably informed by this specific situation here, whereas I was experiencing a dumb Jeffy Keane-level vocabulary misunderstanding until well into my 30s.

You know, I made fun of everybody for yelling at Mark for not coming to some boring industry dinner where they hand out pointless awards in an unedifying display of industry mutual back-patting, but I withdraw my mockery because obviously in the Trailiverse the annual Conservation Awards are a nationally televised event on par with the Oscars. I do want to point out, however, that it’s good that the characters presumably can’t hear the narration boxes, because I think Cherry would be pretty hurt to be referred to as Mark’s “friend.”