Any old cartoon can do a classic joke like “The ladies insist that ballet is one of the world’s great art forms, but we fellas know that it’s boring, amiright fellas?” But leave it to Shoe to put an extra grim spin on it, forcing us to imagine a scenario where the Perfesser shows up at the ballet and tells Shoe’s girlfriend in very serious tones that, alas, her boyfriend has died, but his last wishes were that he wanted the Perfesser to attend the opera in his place. She’s probably so flummoxed by this that she agrees to it, spending the first act of the performance consumed by grief, only to realize in horror that the Perfesser, apparently unmoved by the death of his best friend, has dozed off. Later on she’ll presumably learn that Shoe is still alive, which will be extremely awkward. 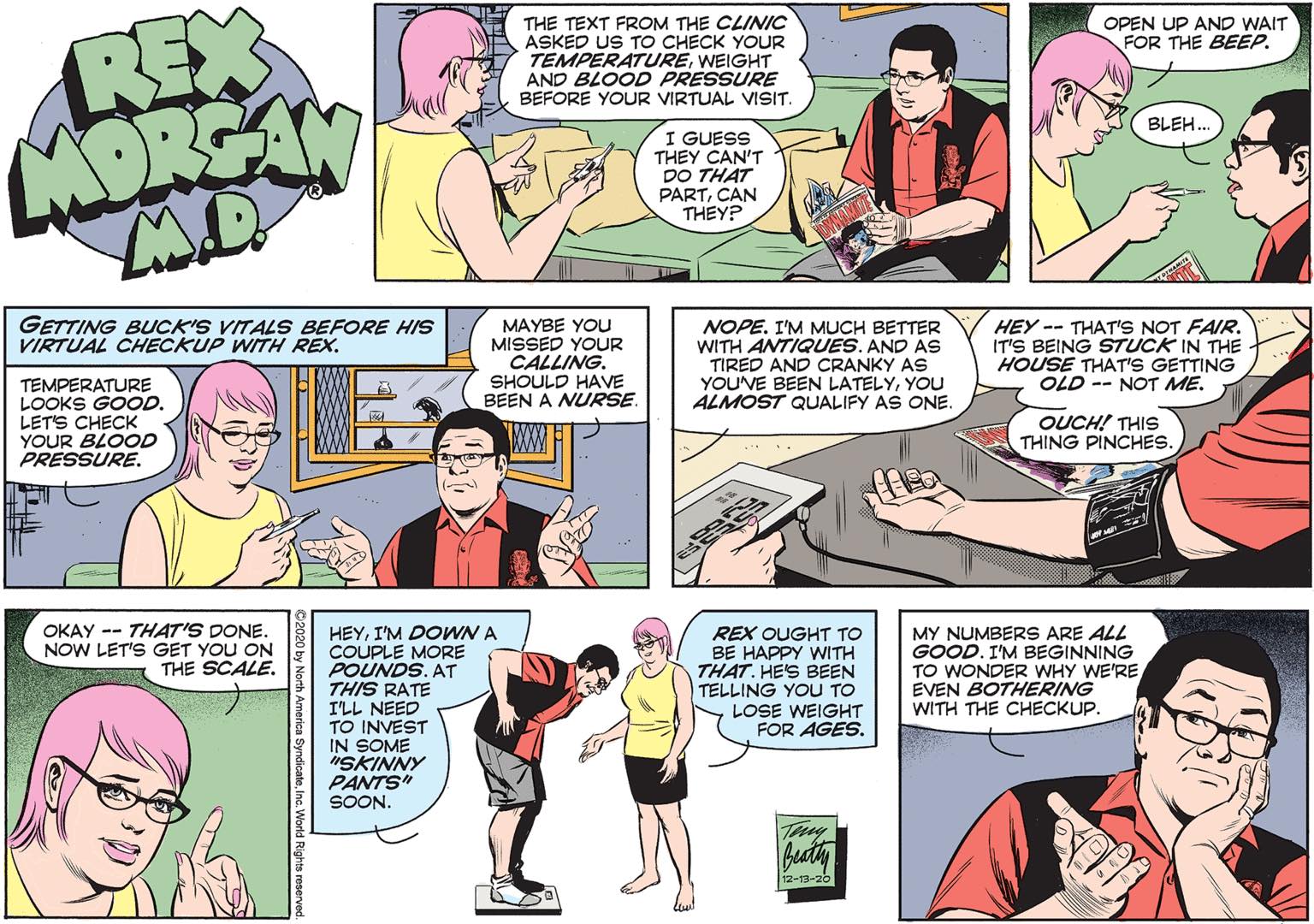 Looks like Buck is about to pass his physical with flying colors! This is good news for everyone, except for those of us who were hoping for some kind of medical drama in general, and an illness that would make Buck suffer in particular.