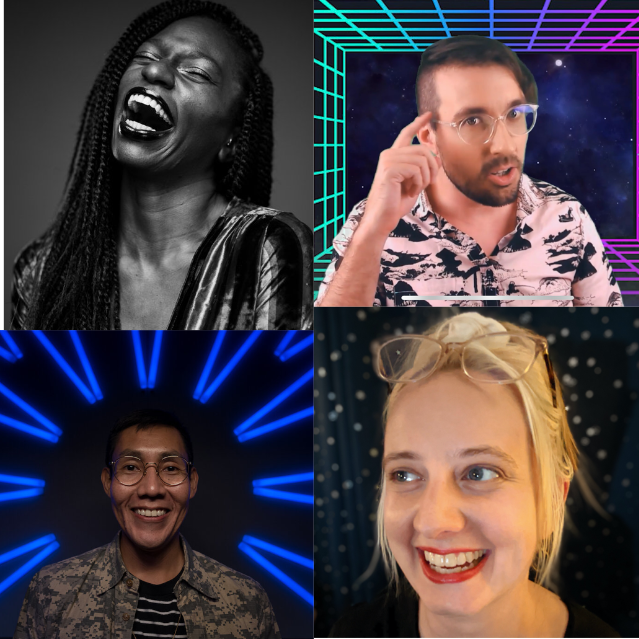 Here is the Zoom link, which will let you into the show at the appointed time, and here is the Facebook event, if you find those useful for your event record-keeping!

“Leonard, you’re the quarterback. Now move slightly to your right so I’ll be pointing directly at you, we wanna see team players here.” –Dan

And time for the runners up!

“Blondie’s motionless resignation as Dagwood explicitly leaves the marital bed to have sex with a roast turkey is the most chilling thing on a comics page that also includes a lovingly detailed closeup of a noose. Something something 2020.” –Applemask

“So while Shoe can’t ever seem to remember that it features birds, the artist of Mother Goose and Grimm has sufficient ornithological awareness to show a goose throwing up stones from her crop in fear. Well done!” –Voshkod

“Look Tommy, completing one task at work is not impressive and it’s definitely not evidence that you’re sober. I complete several work tasks every day, and I’ve been drunk since March.” –Rosstifer

“No time to talk, Babe, I’ve got three more displays I want to get up before lunchtime, or maybe I’ll just skip lunch, great ideas aren’t just going to just all of the sudden materialize into reality, am I right, ha-ha, I mean, listen to this, see if it doesn’t blow your mind: instead of putting the soup cans on the shelf vertically, the way they’ve been displayed since, I don’t know, since the Druids (wouldn’t that be cool, Druid Soup?), we put them on the shelf horizontally, with some sort of rack for them to roll on, I think I can put something together, I saw some welding equipment out back. Now, if I was addicted, I wouldn’t be able to ride the heartbeat of the universe this way, would I?” –Handsome Harry Backstayge, Idol of a Million Other Women

“So uh, Tommy. Do you think you would be able to do your job as well if you had, say, chlamydia?” –pastordan

“What a tableaux Hi and Lois has given us today. Whole family in a hideous living room, staring in wonder that someone owned that many books, contemptuous that someone might want to know something that isn’t on Facebook and looking to assure the rest of the family that they didn’t waste any money on books and that they certainly will never actually READ them. After all, that encyclopedia is so old it probably doesn’t even have an entry on the latest season of The Masked Singer. The Last Gasp of the American Mind, by Hi and Lois.” –jerp jump

“Ooh, Buck’s got the ’rona! He’s already lost his sense of taste — just look at that shirt!’ –Uncle Lumpy

“I love that the entire division is so incompetent that they just drove their tanks into an open field to face each other and then couldn’t figure out what to do next. They’ve been sitting there all day, eyeing each other and occasionally checking their field manuals.” –pugfuggly

“Also, the diner is a tree. That’s why you can see the moon even though the rest of the drawing looks like it takes place inside. I don’t know where the door came from, I’ve never seen it before. We really trashed decades of world-building, for this joke?” –matt w

“Buck’s son (what was his name? Dingleberry? Skidmark? something like that) sees Buck sprawled on a couch, hands behind his head, glasses pushed up to his forehead, and he can’t figure out that this is a nap. ‘What are you up to, Dad?’ he says, like an idiot. I hate this kid for so many reasons, not least of which is that he emphasizes the word ‘you’ in that question, as if he’s making an accusation.” –Joe Blevins

“I’m surprised that Westview High has moved on from blackboards. Doesn’t chalk dust cause cancer?” –Midtown

“Yes, drugs never enhance performance and Tommy will be the first clean person on the US Olympic Grocery Store Display Team.” –Mikey

“Today, we learn that the mouth-on-the-side-of-the-face style of comic-strip drawing doesn’t work when a character has a goatee. I mean, it’s weird enough that there are still Sears employees left — the last thing we need is to see his freaky, hairy cheek-hole.” –BigTed

“Toilet paper is still relevant, but less scarce for those of us who get Six Chix in a print newspaper.” –Where’s Rocky

“What I appreciate about Gil Thorp is that it takes sports, something I normally find boring, and makes them tediously, painfully, mind-numbingly dull.” –Tabby Lavalamp

“‘Oof!’ The time-honored sound of a Yeti releasing a giant spider. You can’t miss with the classics.” –Pozzo

“Dick might not get to shoot the villain this time, but between that solid steel door and his godawful trigger discipline there’s a strong chance he’ll at least get to negligently kill Sam with a ricochet.” –jroggs

“WAAAAIIIIIITAMINUTE. Waitwaitwaitwaitwait. How are we supposed to chuckle at the backwoods rubes of Snuffy Smith, mired in their lives of inescapable, soul-crushing poverty, when they can just GET IN A CAR and GO DANCING IN THE BIG CITY ANYTIME THEY WANT? This is like finding out that Gilligan and Skipper could just up and leave the island whenever they felt like it! Or that the last line of No Exit is really ‘Oh, look, gang, there’s the exit!’ Oof. I’m gonna need some corn squeezins to deal with the implications of this.” –Doctor Moreau