I’m not such a stickler for detail that I’m opposed to a comic strip being established via in-strip dialog as taking plance on a different day of the week than the strip actually runs in the real world, but I do think that you sort of have to have a good reason for doing so, because it’s going to cause a little niggling of dissonance for the reader. Take today’s strip, for example; it’s a Sunday strip — something the format makes impossible to ignore — but within the world of the strip itself, it’s taking place on Thursday. At least the joke it’s in service of is very funny, right? Well, no, not really. But doesn’t the joke require the full muti-panel treatment that only a Sunday strip can provide? I’m afraid that’s not true either. 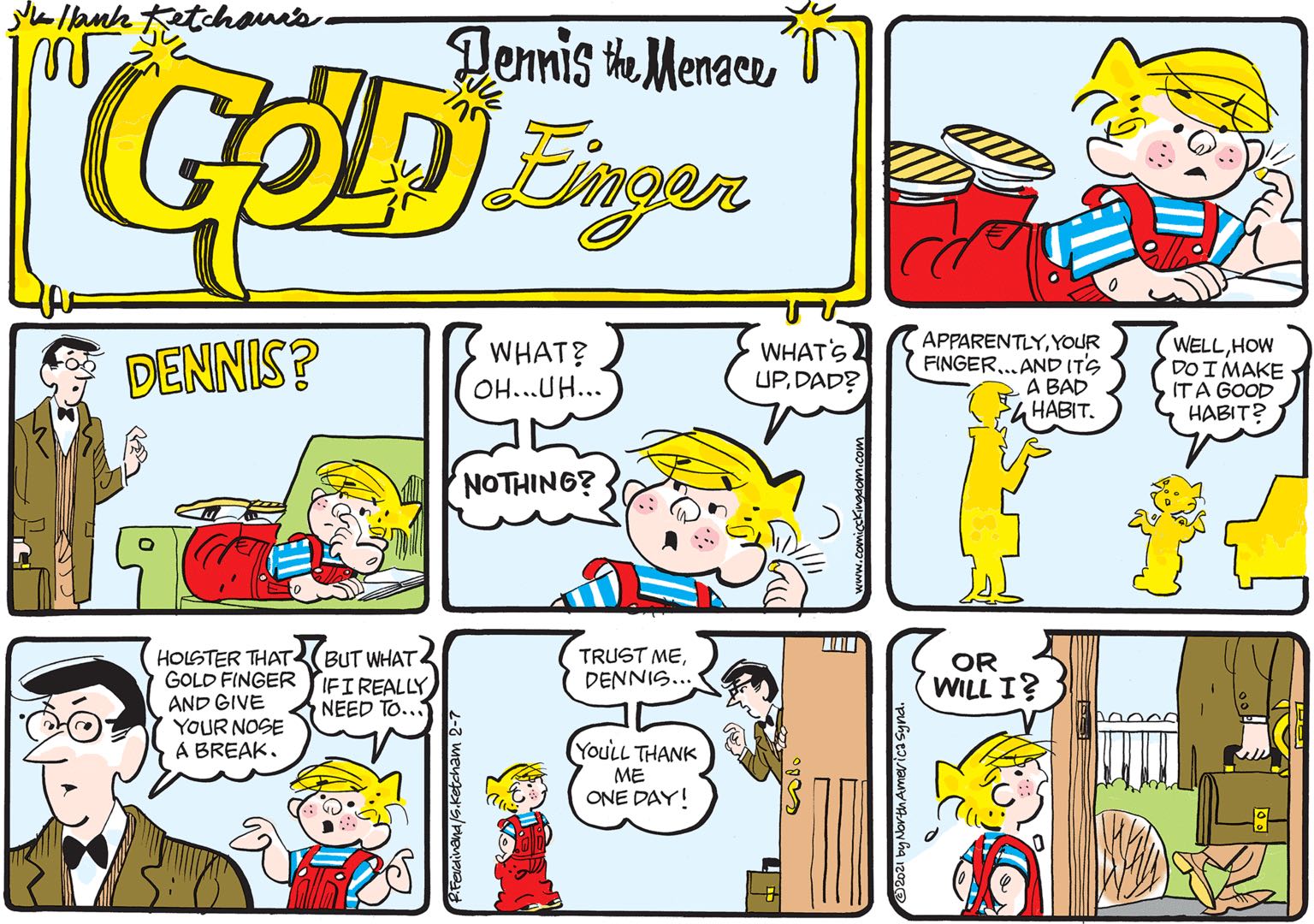 When margarine was first introduced to the U.S. in the late 1800s, the butter lobby pushed to undermine sales of it. For a while, it was mandated that pink food coloring be added to it to make its artificial and presumably less appetizing nature clear; though that law was struck down by the Supreme Court, other laws taxed margarine that had yellow food coloring added to make it look more butter-like. What I’m trying to say is that I wonder if today’s Dennis the Menace was the end product of a long, tortuous negotiations that ended with the editors saying that yes, fine, you can do an entire Sunday strip about Dennis picking his nose and even graphically depict boogers, but you have to depict said boogers in a bright yellow color found in no booger that has ever been extracted from a human nose.