I was going to start this post with “Did … did the manufacturer of warfarin write this comic” and then do a whole riff about how this seven year old kid may not need a blood thinner but the geriatrics who represent the biggest cohort among newspaper comics reader just might, but then I checked out warfarin’s Wikipedia article and found out it’s a generic drug, so that doesn’t really work. It’s just funnier if you get to use the actual name of a pharmaceutical conglomerate, you know? Anyway, I also learned that the warfarin was originally developed as a rat poison, its most common side effect is “bleeding,” and it can also cause something called “purple toes syndrome,” so, honestly, it really does need some good press. 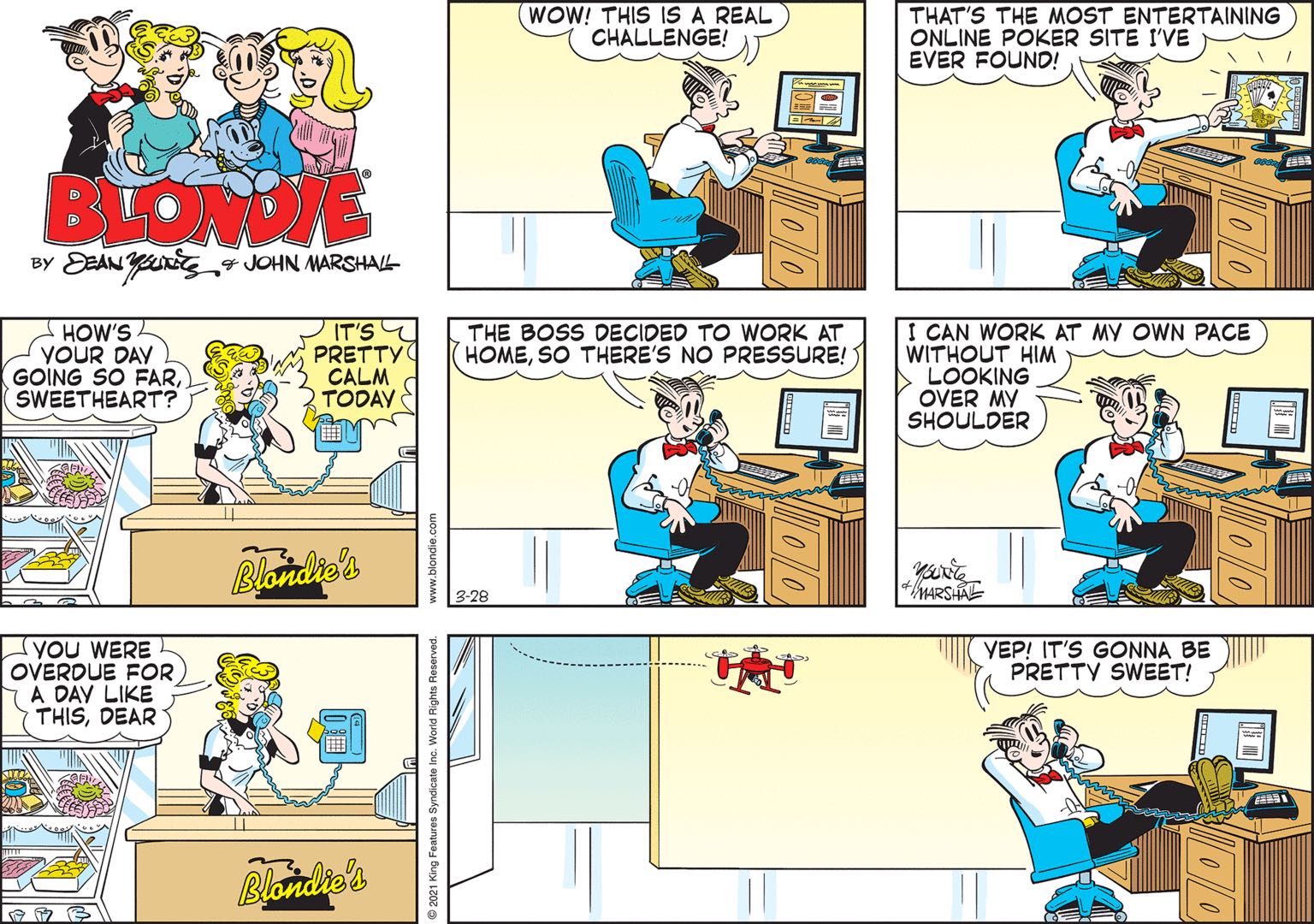 The premise of the main gag of this comic is pointless — why would Mr. Dithers need a drone to keep tabs on Dagwood when there’s literally an entire sector of the software industry dedicated to producing spyware that bosses can use to keep tabs on their workers? — but I have to admit I found the throwaway panels, in which Dagwood reacts to a video poker website with more excitement and engagement than he’s ever demonstrated towards his career or his family, haunting enough that today’s strip will stick with me for weeks.