Folks! Do not forget that TOMORROW, March 13th, is the triumphant return of my beloved live-turned-online comedy show, the Internet Read Aloud! Featuring Emily Chapman, Patrick Monahan, Kristin Clifford, and Tyler Jackson, plus me, your host! TOPICS INCLUDE: the Tumblr teens of yesteryear, Facebook candle drama, ethics in ad-supported iPhone gaming, defeating Spotify’s revenue sharing, and what people REALLY think of celebs. 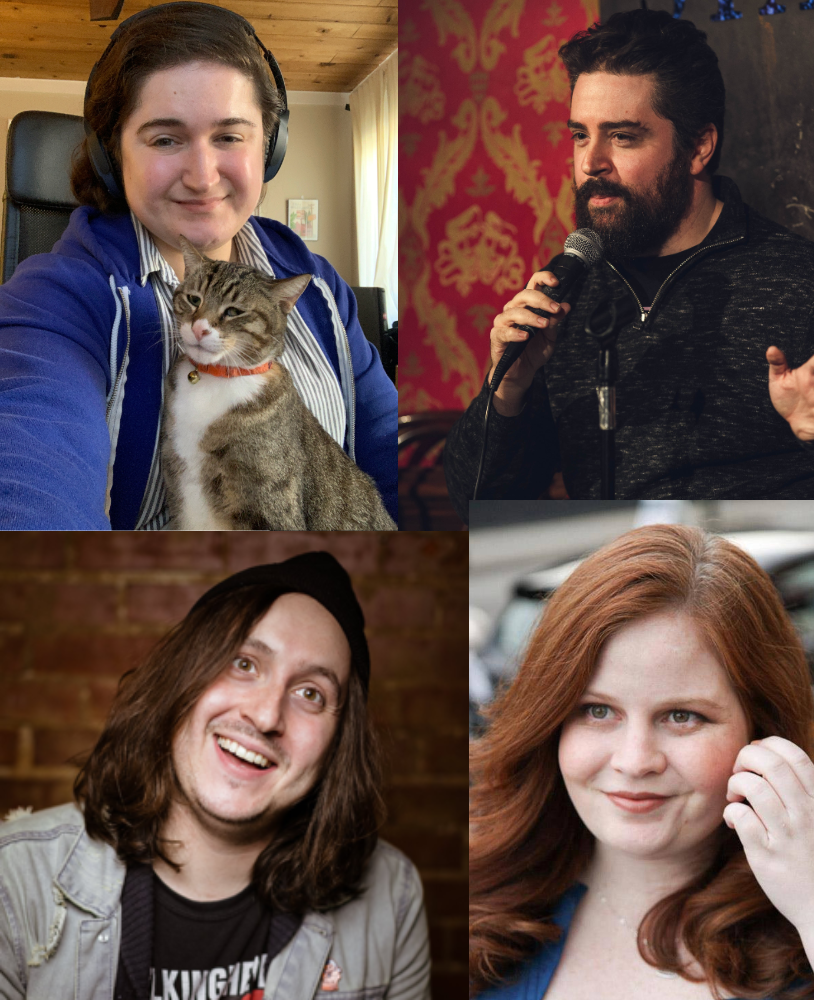 Here’s the Facebook and Zoom links for the show! Brace yourself for laffs!

And also, here is the comment of the week, for you to enjoy!

Not gonna lie: the runners up are themselves very funny.

“A Grown-Up Land rebrand recommended by marketing consultants recommended some colorful pennant flags replace the sign above the door that said ‘Abandon All Hope Ye Who Enter Here’, but they had to keep at least ONE ominous warning sign visible for liability reasons.” –The Great Joe Bivins

“‘My brothers are boring. I wish I could hang out with Rex Morgan, M.D., instead!’ Jesus, Sarah just outright murdered two small boys.” –matt w

“Family Circus is so unrealistic. They completely leave out the part where the child reaches that age where their little football head is put into The Machine to reshape it into a regular adult-shaped head. Who doesn’t have fond memory of the cracking and resetting of bone?” –Tabby Lavalamp

“Dustin’s Dad didn’t get happy thinking of spanking his wife, he got happy considering estrangement.” –nescio

“Man, Snuffy sure knows how to insult a local business. This cave-hag hand-crafts each love potion, tailoring it the customer’s needs. She thinks about it long and hard (ahem), researches the plants and animal parts she’ll use, brews with care, and sells the finest bespoke love potions the Holler has ever seen. If Snuffy wants some mass-produced love potion, well, the general store sells 24-packs of Billy Beer for six bucks.” –Voshkod

“‘I mean, what kind of preposterous name for is Rex Morgan for a doctor?’ think Sarah. ‘Clearly this should be a pulp western adventure strip.”’ –BananaSam

“There are actually dust clouds of blow rising from that table. No one on this detail will be getting much sleep tonight.” –Artist formerly known as Ben

“Now all I can think of is whether an uncanny woman with a disturbingly amused expression is silently commenting on my life to an unseen audience. Hope they like dudes typing at computer screens because that’s all they’re getting for a while.” –Victor Von

“I read ‘100’ as ‘loo’, and if anything it made Shoe make more sense. Just two elderly British birds, discussing whether or not they’ll make it to the toilet this time.” –Schroduck

“I know just how she feels. ‘Godammit, guys! I don’t care what you’re blathering about, but can’t you keep the noise down? I’m trying to hang up shirts here!’” –Peanut Gallery

“My favorite part of this strip is that it looks like Blips’ butt is talking to Buxley’s breasts, which feel appropriate for a strip about two women discussing their limited paths for advancement in life.” –pugfuggly

“They’ll have a big laugh on Friday when they all realize he’s just been seeing Lisa’s ghost periodically like the rest of us.” –Little Blue Bicycle

“If there’s one constant across all universes, it’s that Rex Morgan will always be evasive and wary of anyone asking him to do his job.” –jroggs

“Politicians! Who elected ’em? I sure didn’t! I haven’t voted in 40 years!” –cheech wizard

“Say what you will about Crankshaft, but it knows how to spice up a boring conversation with unnecessarily dramatic camera angles. ‘Those politicians only care about pleasing rich lobbyists!’ ‘Yeah, they know which side their pork is buttered on.’ [zoom shot from Vertigo]” –Mr. A

“Randy, you’re a judge! Surely you know about castle doctrine. You have the right to defend yourself and the right to bear arms, that’s all you need to take care of this April problem. [waits patiently for Randy to get shot trying to kill a CIA assassin]” –Truckosaurus

“He’s putting the money back in his wallet. Loretta’s going out for coffee with their court-appointed social worker, and she asked if Leroy had any cash. He had two bills in his wallet, and he gave her one, just like when the social worker had them role-playing some basic marital interactions. She was supposed to avoid stretching for some weird supposed ‘joke,’ though. Dammit, they worked on this.” –Tom T.

“That drawing is the most dignity Leroy’s ever had. ‘Enjoy your japes Loretta, but I have nothing to prove. A penny saved is a penny earned. Tomorrow I may be drunk in the background of a sparsely-attended party. I may be sulking in line at the movies and venting my marriage frustrations at total strangers. But today I proudly place a dollar bill in my wallet, secure in the knowledge that it was earned through frugal responsibility.’” –Dan