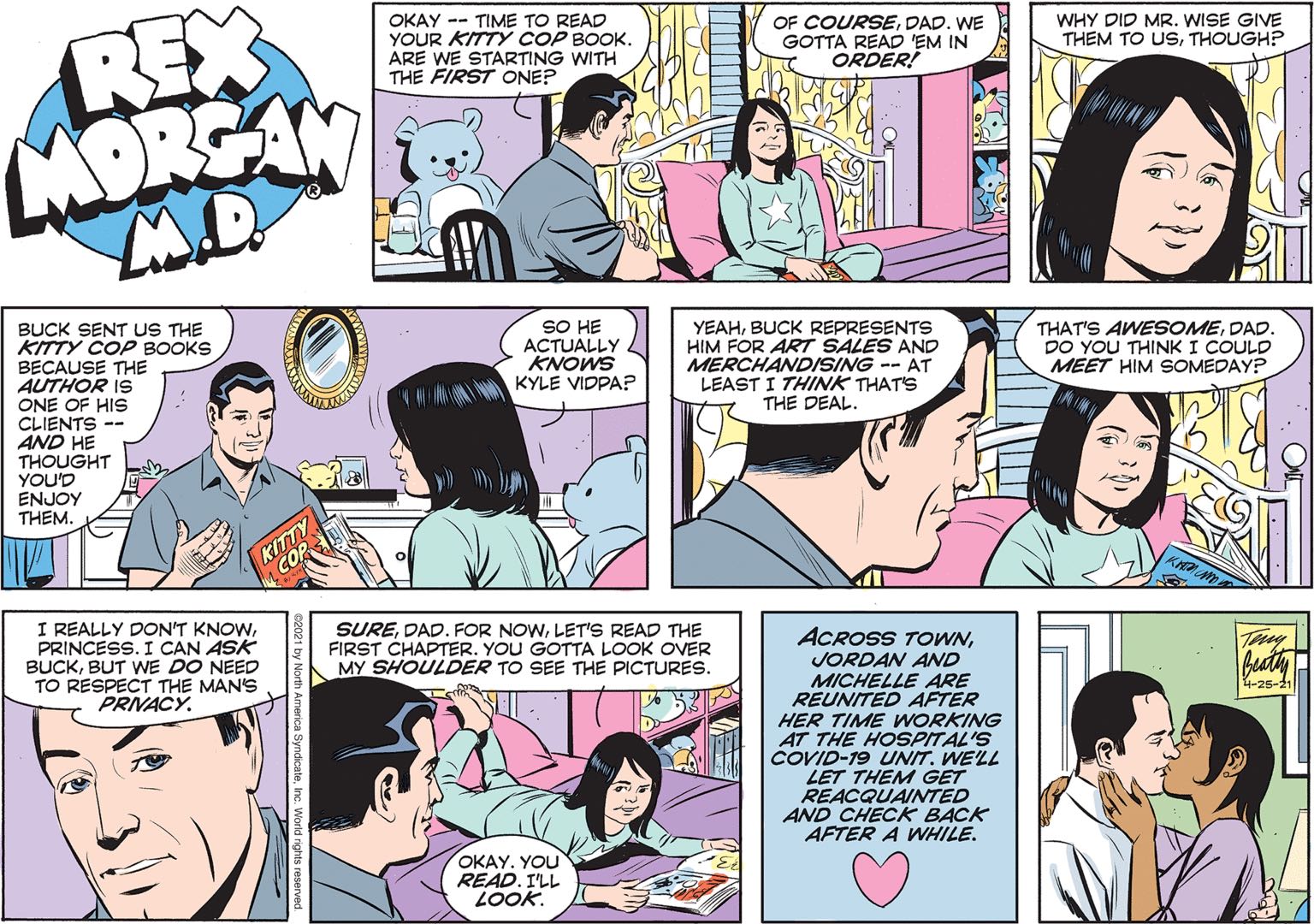 Two things amused me very much about today’s Rex Morgan. The first is how Rex immediately moves to ensure that Kyle Vidpa, a man who creates graphic novels for children, doesn’t have to interact with his daughter, who read and loved Kyle’s graphic novels. “Honey, adults simply don’t like spending time with kids under any circumstances. That’s been my experience, anyway, and I assume it’s the same for everyone.”

The other thing I like is that the narration box is like “We’re going to give Jordan and Michelle some privacy,” which is then followed by a panel of them full-on making out. “Oops, we were going to check back later but it seems we left the camera on by mistake. Surely it couldn’t hurt to linger on them just a little while. Ha ha, just kidding. But what if…?”

Billy has a hard time thinking of anyone who he loves … who’s alive. Only the damned souls who linger between our plane and the next, and who whisper things in his ear, are worthy of his affection, and that’s why he does their awful bidding!