Folks, a couple notes for your Friday post. First, don’t forget that if you are just done with web browsers and remembering to check this website, you can sign up to have every day’s post sent to you as a newsletter for a mere $3/month! Or, sign up for an annual subscription for only $33! A critical mass of people have signed up for this so I will definitely be doing this indefinitely, until the comics and/or email are banned! 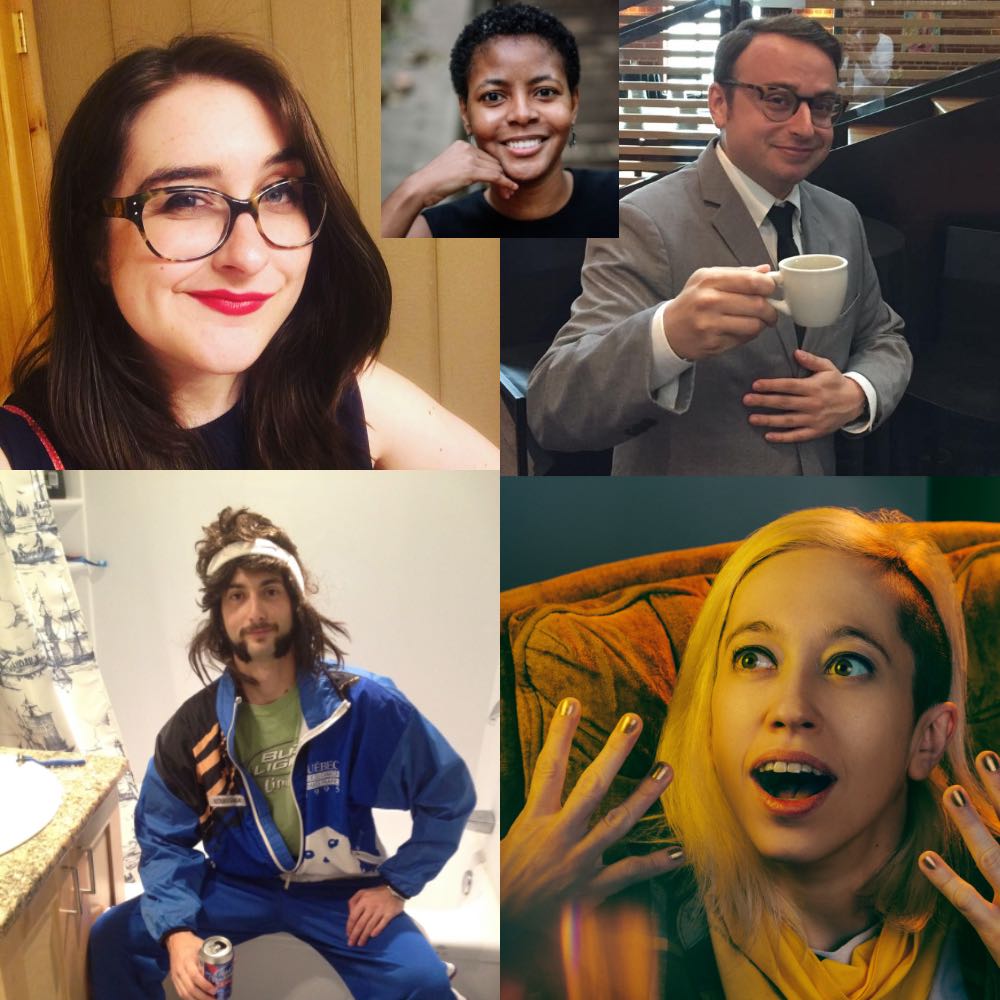 This show’s performers include:

Here is the Zoom link! We are excited to virtually see you there!

“Please do not ‘avail yourself” at the library computers.” –Lorne Hanks, on Twitter

“Speaking of experiences that will come back to haunt you, let’s grab some Sbarro.” –Donny Ferguson, on Twitter

“No matter what Sarah imagines, it always seems to come back to Buck telling utterly unfunny jokes. Water seeks its own level.” –jroggs

“Saul called Eve ‘dear.’ Hmmm. Seems a little overly familiar to me. Next time, Romeo, play it safe and try ‘ma’am’ instead. This is a family strip.” –Joe Blevins

“What’s going on here? The Forger is painting pictures of clowns? Are they paintings of real clowns? Forgeries of famous paintings of clowns? Paintings of fictional clowns? Seeing how he’s a criminal looking to flood the market with a product that no one really wants, I’d say it’s not worth the effort they’re putting in to stop this guy.” –Larry McAwful

“Oh, Dennis, I wouldn’t be so smug. That weirdly-fortress like building in the background is the county courthouse complex, and today is the day they’re doing free chippings for tykes, along with a complementary harness and leash at the end. Clearly Alice has had this date circled on the calendar for a long time.” –Thelonious_Nick

“The principle in linguistics of the discrete infinity of language means that there is unlimited productivity from the finite means of language. In other words, it is a major design feature of a language that its finite number of words can generate an infinite range of sentences, sentences that have never been uttered before. For some reason, I thought of this when Saul said ‘I’m happy you didn’t run from the menswear store.’” –Lawyerbob

“There was no shift, Eve. There hasn’t been a shift in over three months.” –Weaselboy

“Does a bear shit in the woods? Not anymore.” –Where’s Rocky

“But who is Daddy talking to in the last panel? Not baby, he’s just repeating what baby ostensibly said. Me? He’s looking at me. Well, look here, buster, don’t try to involve me in whatever you’re up to, I am not interested. [backs slowly away from his laptop screen, trips over the cat]” –matt w

“If this guy’s mad about a bunch of unused PCs at the library at night, just wait till he learns about Milford’s coaching staff during the day!” –Effluvius Erratus

“And remember, your grandmother lives in a barn, not a house. She’s a sheep, which is where you and I learned our mysterious dialect. Anyway, animals don’t have souls, so grandma won’t haunt anything when they slaughter her. Good night!” –Voshkod

“I’ve thought about this for a few minutes (too long, I know) and the only solution I can come up with is that an unedited AI is now writing the dialogue for this strip. If the content swerves back into seeming coherence, then we’ll know the program has worked out the bugs — very menacing!” –But What Do I Know?

“I, for one, think Dagwood should only discuss his fudgy dingdoodle ratios with a qualified gastroenterologist. This is simply inappropriate.” –made of wince

“Everyone loves to debate who would win in hand-to-hand combat: a yuppie pencilneck or a coked-out demi-hippie.” –Artist formerly known as Ben

“Who is Natalie (other than the most interesting Family Circus character by default)?” –Lee Sherman

“Oh hi, Dad! Yeah, so I’ve just been standing motionless in this corner for the past month, but it’s fine, nothing to worry about.” –glitchcraft

“Conveniently, this scene is taking place in the bathroom, because Dolly’s about to get her mouth washed out with soap.” –cheech wizard