Since the earliest days of machines that seemed like they could think like human beings, human beings have worried about being replaced by their inventions. Obviously I have as strong an instinct for self-preservation as the next flesh-unit, but I have to say sometimes you get hints of the better, cleaner future that might come after the robots rise up to destroy us. After all, if the horrible shitting babies of Marvin would also be replaced in the process of this technological revolution, would it really be so bad? Presumably the machines would spend a few milliseconds dispassionately sortiing through humanity’s aggregated cultural output, and in that process would very quickly decide to purge entire 40+ year run of Marvin from their memory banks forever. Computers make very efficient use of energy and their only waste product is radiated heat, so none of the poop jokes are going to make any sense to them.

“I certainly hope you weren’t daydreaming about things being better or different than they are now! No daughter of mine will waste her time indulging in whimsy, or aspirational counterfactuals.”

Ahh, the spring is progressing and we’re getting a healthy dose of … sports drama! [five seconds later] We regret to inform you that the sports drama has been quickly and painlessly resolved. Sorry, the only kind of drama Gil Thorp has time for now is library drama. Books! Funding fights! Board meetings! Get into it! 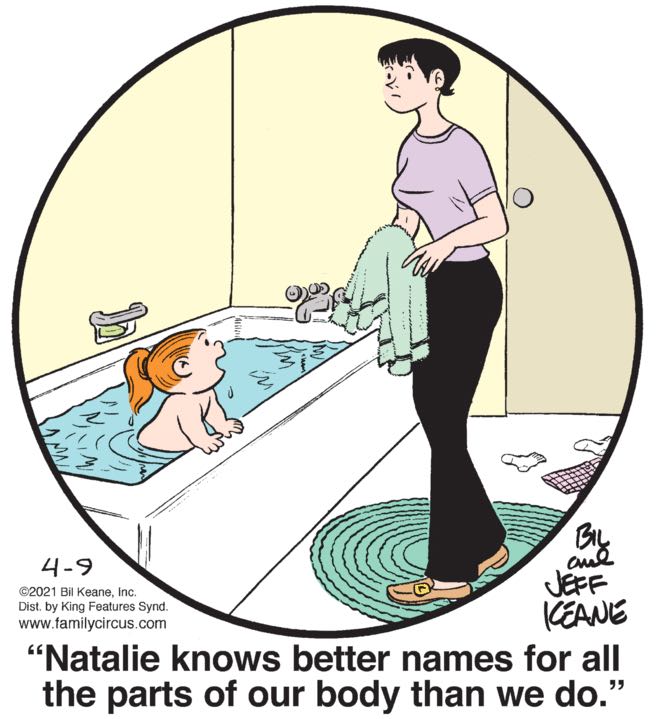 Thel is absolutely right to look panicked. Has Dolly made a friend who doesn’t view her own body as a source of constant shame, and uses terms more specific than “down there” for its various sinful parts? Looks like it’s time to make the fence around the Keane Kompound taller and more opaque!