So the last time I tackled wordplay in a Sunday Dustin comic strip lots of people got mad at me because apparently they think hanger and anger rhyme, so maybe I shouldn’t tempt fate again, but whatever: I can tell by looking at it that this punchline is supposed to be wordplay, but I have no idea what the wordplay is supposed to be. I guess we’re meant to believe “takes it out on approval” is a well-known English phrase we all know and love, maybe? Well, it’s it’s not, but I’m sure a bunch of people are going to chime in telling me it is actually and I’m wrong. Anyway, one of the things about Dustin is that it’s about a generational war between two unlikeable characters, and you have to kind of admire how it makes you dislike whichever one is in the strip on any given day. 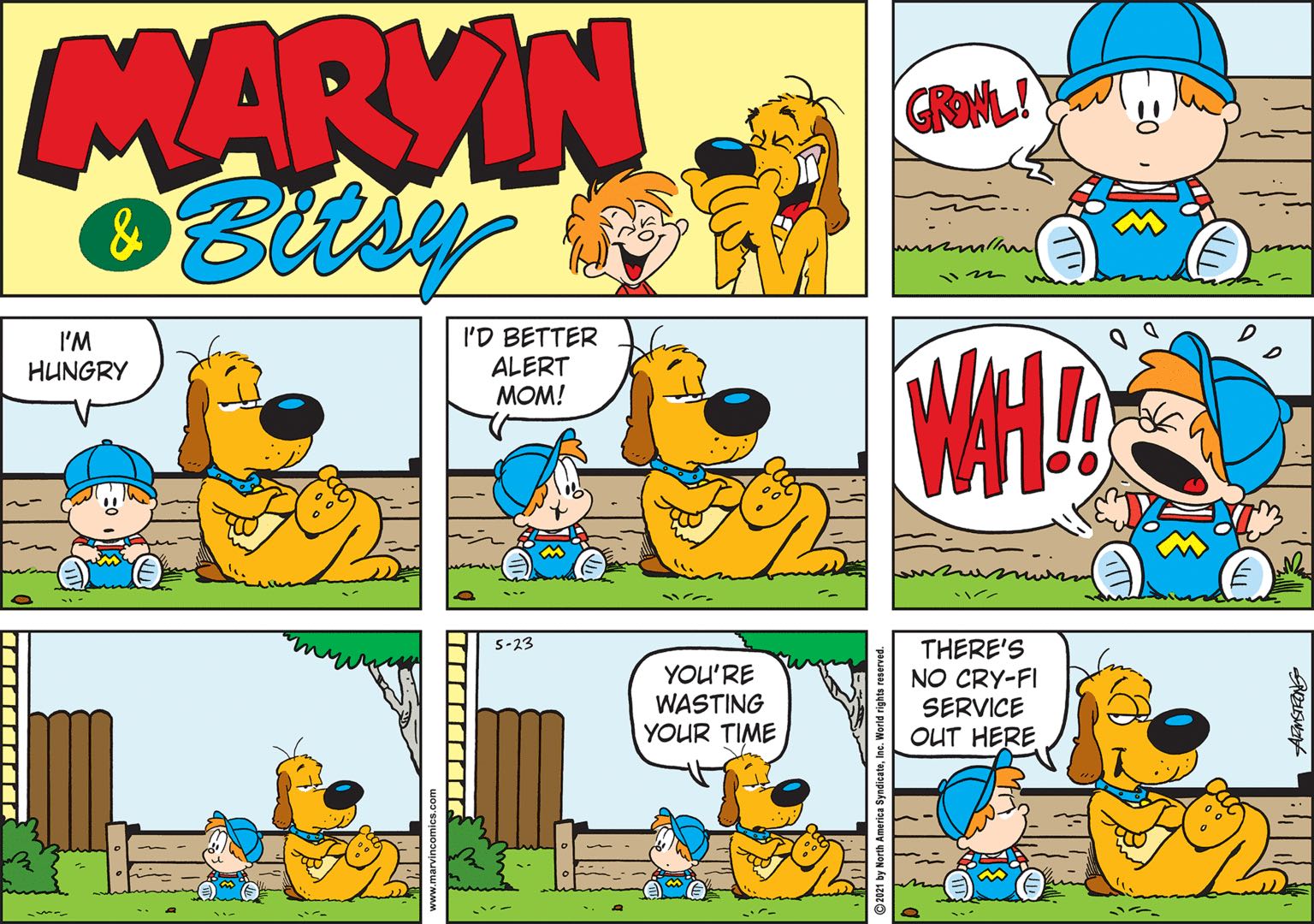 Get it? “Cry-Fi”? Because instead of communicating via a local wireless arean network defined by the IEEE 802.11 standards, he’s just yelling? Mercy! That’s pretty funny, of course, but let’s not let it distract us from the main thing here, which is that Marvin’s parents have locked him outside to die of exposure and starvation.