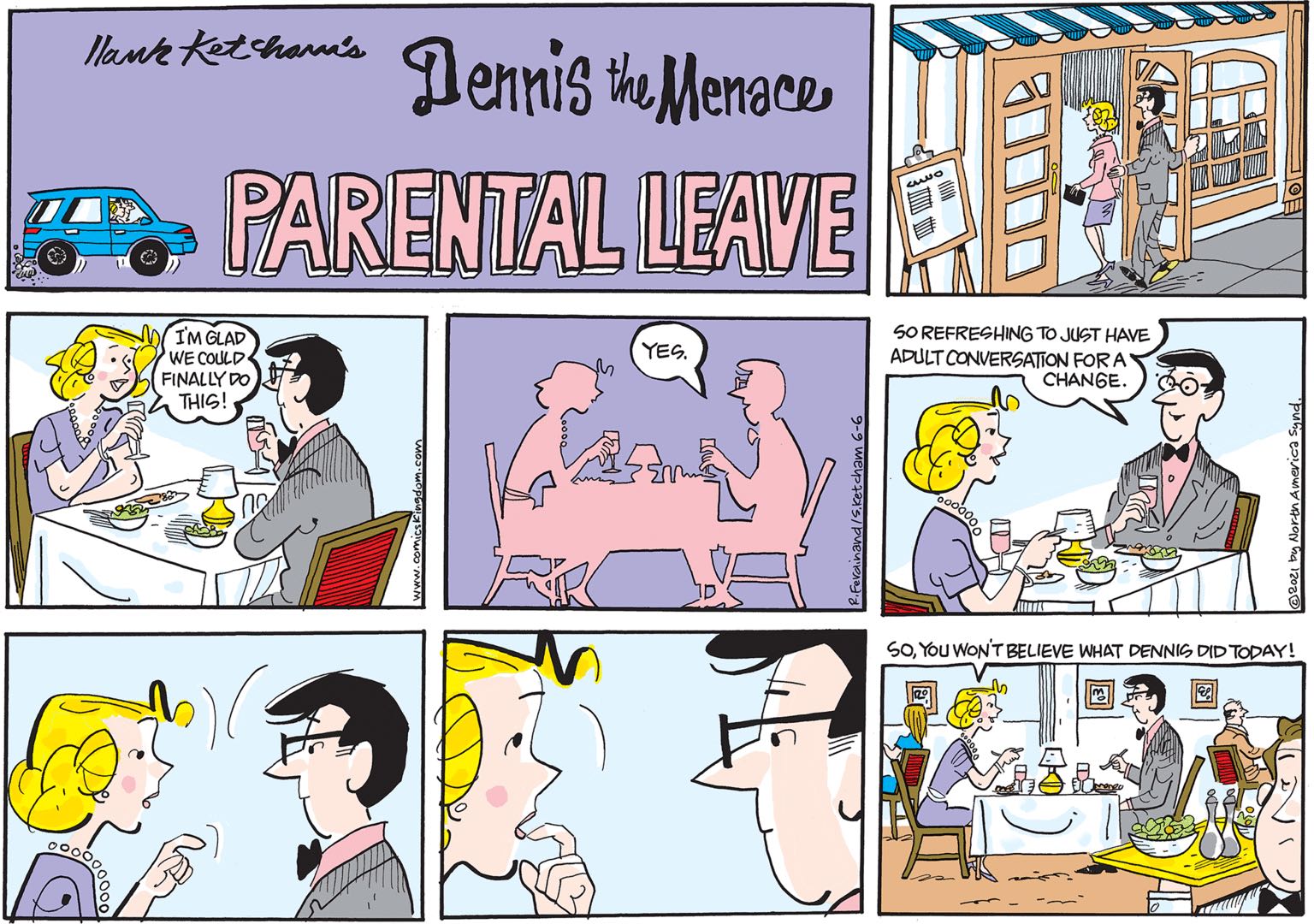 Ha ha, it’s another Sunday strip where Dennis does some menacing without even showing up! He’s interfering with his parents’ marriage — not by doing anything specific, this time, but just by existing. By being so much. What room is there for Henry and Alice? Dennis is all anyone can think about. Dennis is all there is. 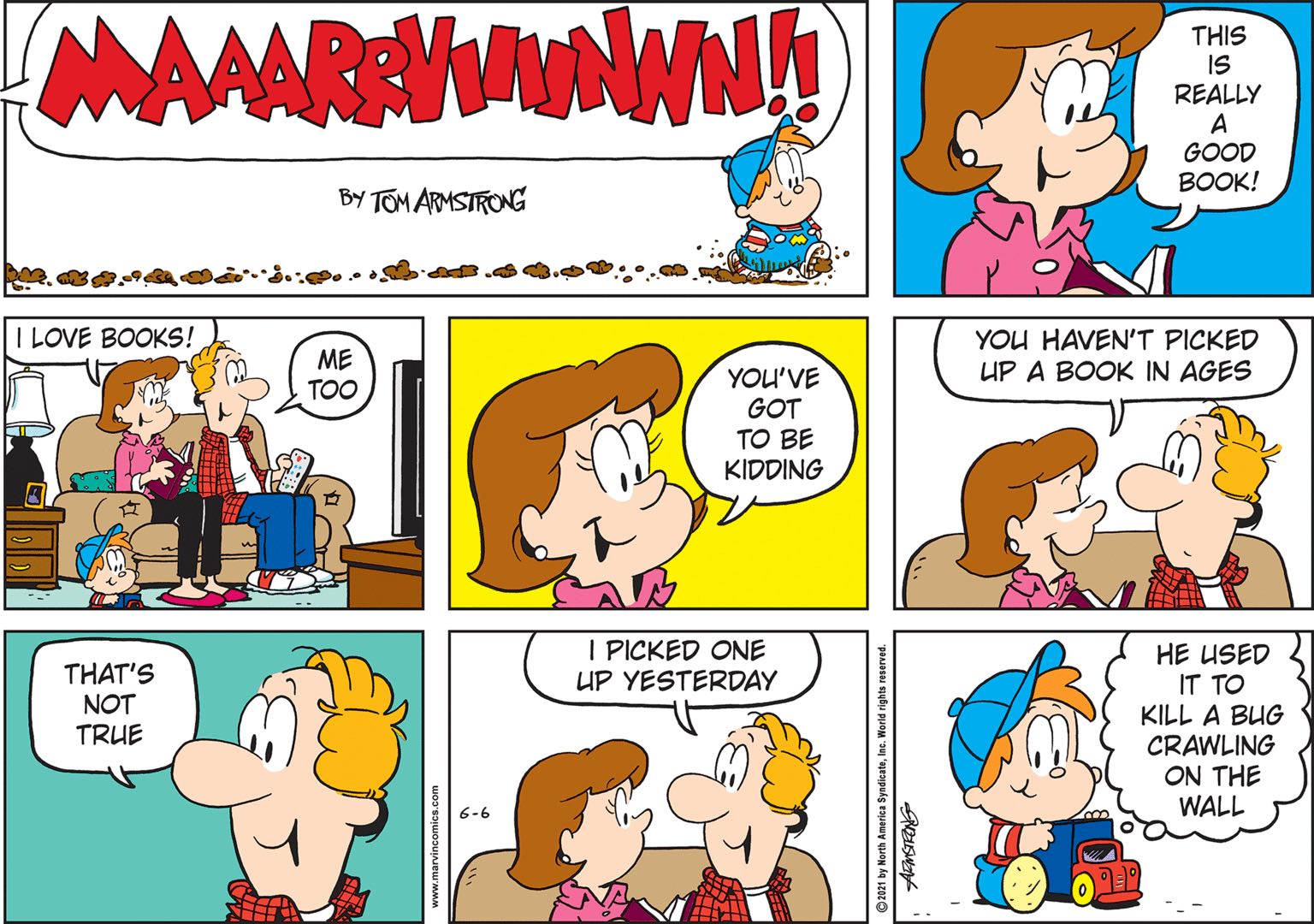 Marvin, meanwhile? His parents aren’t even thinking about him at all! Their inability to relate to one another and indeed their increasing mutual animosity is completely unrelated to their terrible baby, and is much more about how terrible they are, separately and together. Anyway, it’s funny because Marvin’s mom thinks Marvin’s dad is dumb, and he’s sensitive about it!