Continuity comic strips are actually a great example of how you can have a long-running narrative art form with very little narrative tension. Nevertheless, Funky Winkerbean does have one primary source of narrative friction: namely, that Les is a sainted figure who everyone has to acknowledge as a good guy and work to make good things happen for him, but also the universe is a fundamentally dark and hostile place and nothing truly good ever happens to anyone. I guess today’s strip is showing us how we’ll navigate between those two poles: Lisa’s Story: The Movie will be mostly ignored by the yammering, moronic masses who don’t understand how moving it is when a man’s wife dies of cancer but he finds the strength to move on, but the right kind of people will watch it at America’s few remaining art house theaters and be moved, and won’t that be the most important thing? Not from the perspective of the people who invested in this movie, or for anyone’s career who worked on it, but from it is from Les’s perspective, which is the correct one. 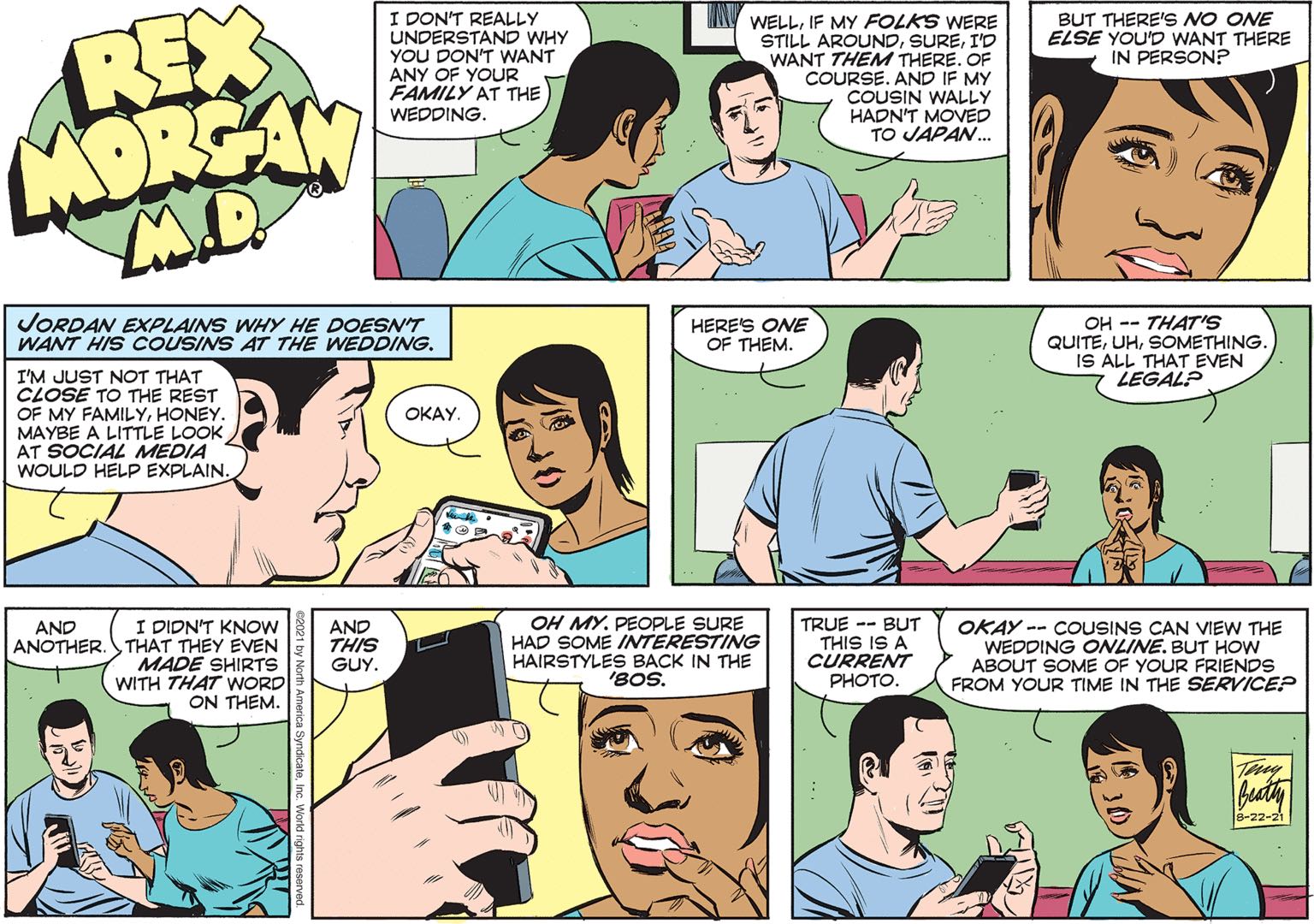 Speaking of the absence of narrative tension, there’s a lot you could say about the last few years of Rex Morgan and its absence of narrative tension, but one thing you can’t say is that it skimps on good reaction faces. Today Michelle moves from “carefully neutral as she worries what she’s gotten herself into,” “real genuine horror as she sees something the Facebook moderators should’ve removed immediately,” “bone-weary disgust at someone posting a picture of themselves wearing a t-shirt adorned with grotesque sex slang or maybe a racial slur,” and “grudging admiration for what hairspray can do.” We salute you, Michelle, and certainly hope your animated visage helps the seven or so people at your wedding maintain interest in the proceedings.