Wilbur! … And Company? sounds like a mid-’80s sitcom that would be the retooled version of Wilbur! with most of the cast replaced and the setting changed to Miami, which would nevertheless fail to attract a younger audience and would be quietly cancelled after 13 weeks. Anyway, I know we reflexively root for the non-Wilbur people in any given sequence of interactions with Wilbur, but it may be time to admit to ourselves that Estelle, who seems genuinely charmed by the unexpected arrival of an ex-boyfriend (whom she last saw when he lost a piss fight with her cat) holding aloft a bag with a grinning pig on it, herself has agency and yet is choosing to spend her one and only precious life in some dubious ways. 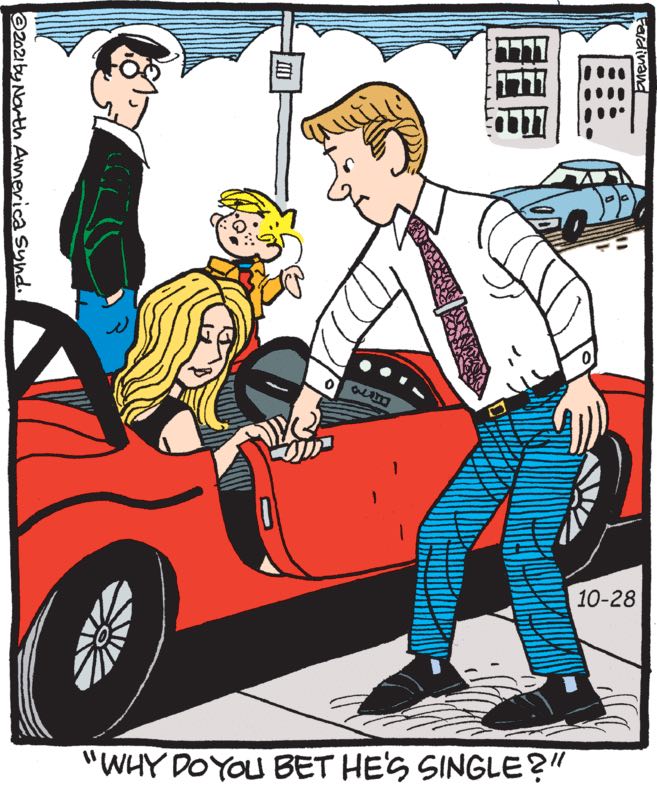 “I mean, it looks like he has a romantic partner right there, in that sweet car! Do you use ‘single’ just to mean someone younger and more successful than you?”