The thing about dad jokes is that they are corny but actually perfectly constructed. Think about the classic “I’m hungry!” “Hi, hungry, I’m dad.” It’s corny as hell but pure and precise and not clunky at all. Claiming that Harley-Davidson underwear is the same thing as “a Harley” represents a failure to respect the linguistic disconnect — “underwear” is not a singular noun, you would never say “an underwear” or anything like that. This violates the form of the dad joke and I declare Walt a dad joke moron. 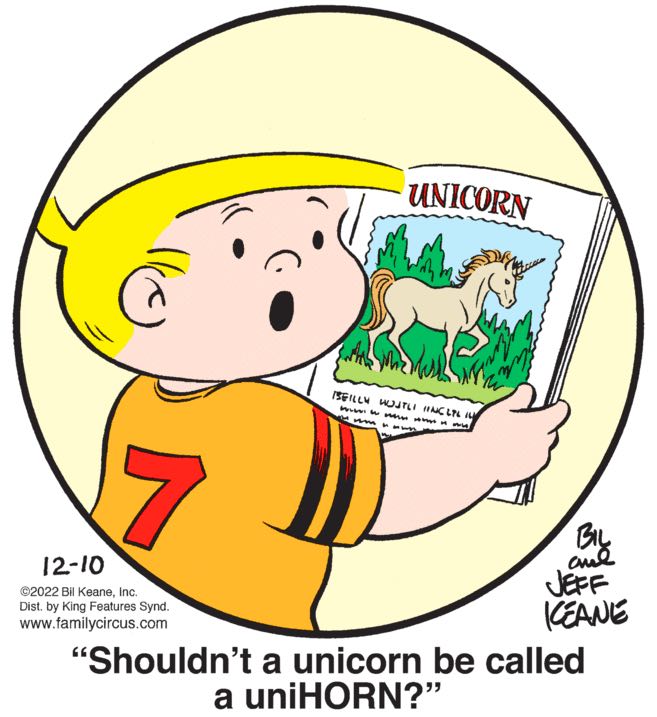 Speaking of morons, I was going to go on a whole riff here about how “horn” and “corn” derive from the same Indo-European etymological root, but you know what? Billy’s too dumb to ever appreciate it, not that I’d be explaining it to him, obviously, but still: it’s wasted on him, thematically. And you! It’s Saturday, maybe I should go outside!