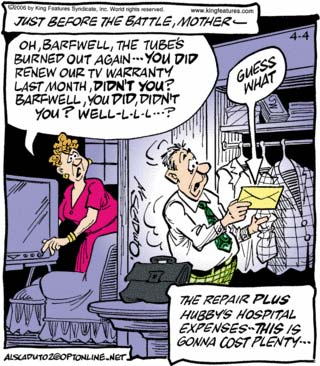 Meanwhile, in Mary Worth, Lou may not cotton to this whole “exercise” scam, but maybe he and Wilbur can get together to discuss their shared love of gelatinous, featureless blobs of ecru food-style substance? 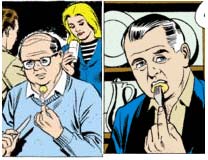 At least Lou can get it near enough to his mouth, though it looks like he’s going to have to unhinge his jaw to swallow it one gulp the way you know he wants to.