The problem with this strip — well, let’s not call it a “problem” so much as a “totally awesome thing” — is that it sort of ignores sequential art’s usual left-to-right chronology. Thus, to the casual eye this exchange reads like this:

Kelly: …I started to spend less time with my husband!

Also, to the casual eye it looks like Kelly is psyching herself up to punch Lou in the face in panel two. That, also, is the spirit, as far as I’m concerned.

How many geeks now desperately hope to recreate this little scene, and its real-superhero-on-fake-superhero sexual aftermath, back at the hotel at the next big comics convention? So many noble dreams, just waiting to be shattered. 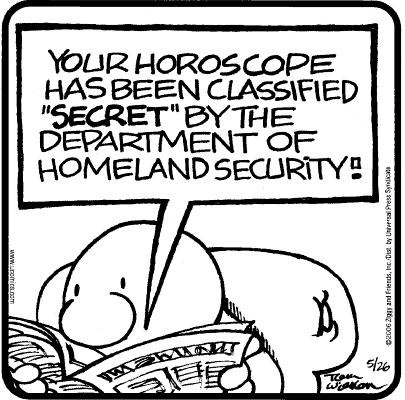 At last, somebody has the guts to speak the truth to power. I just hope that when Tom II enters his 76th day of solitary confinement somewhere in Guantanamo Bay, the knowledge that he spoke up when nobody else would consoles him.