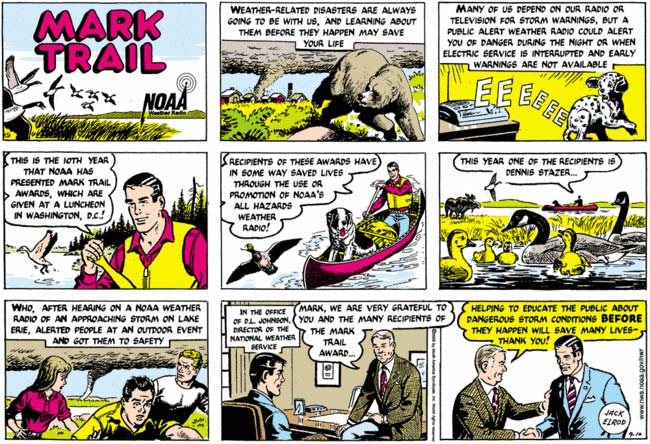 I have to wonder how bona fide hero Dennis Stazer felt after hearing that he was the recipient of a “Mark Trail award.” My guess: Confused. Very, very confused. I’m betting that Mark Trail readers make up a relatively small portion of the population, and so most of the ten recipients so far have probably been pretty baffled by it. I’m tempted to spend all my time listening to NOAA radio so that I can rescue people, and thus the next award will go to someone who really appreciates it.

Or is that exactly what the NOAA wants?

On the plus side for Dennis, I’m guessing he’s the one being depicted in the bottom left panel as a calm, blond-haired, muscle-bound superman, and not as a dark-haired fleeing coward. Speaking of cowards, that puppy seems pretty terrified by the radio noise, while the bear in the second panel is regarding that tornado more with annoyance than anything else.

I’d post more comics tonight, people, but it’s my first wedding anniversary, and I’m going to go eat frozen wedding cake with my lovely wife instead. The fact that I’m posting comics at all may be sort of a problem. 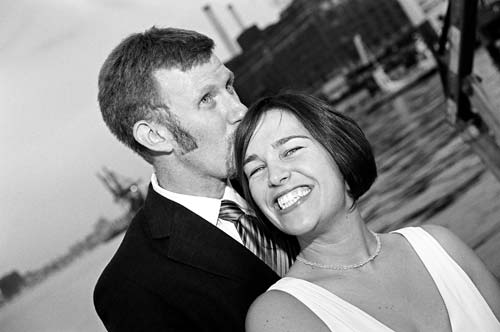