I reproduce the following e-mail and attached photos from faithful reader Jonathan Ahl, because they are hilarious enough that I feel no need to add to them.

Thought you might like to know four of your fans decided to use Finger Quotin’ Margo as the inspiration and a team name during a competitive Scrabble tournament.

We attended a National Scrabble Association tournament in Indianapolis this past weekend, and decided to enter the team portion of the competition fueled by our love for making fun of Apartment 3-G and other funnies.

Attached are two pictures. From left to right in each photo, Dave Dahl of Peoria, IL; Jonathan Ahl of Dunlap, IL; and Wendy and Matthew Ridout of Lexington, KY.

As for why we did so well, some say it was the “Motivation” of the team members while others credited the “Dedication” of the players. I think it was the “Pillow Case Full of Doorknobs” I as team captain kept in my trunk, just in case any of the team members “lost focus” on the goal of winning. I figured that would work better than an “intervention.” 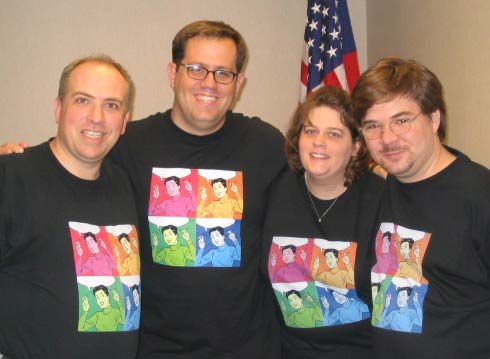 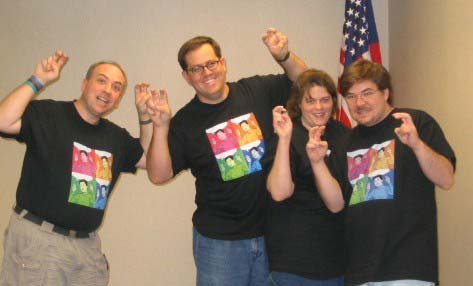 If you want to blow the minds of squares at the Scrabble tourneys in your neck of the woods, then you’re going to need to buy some of these.