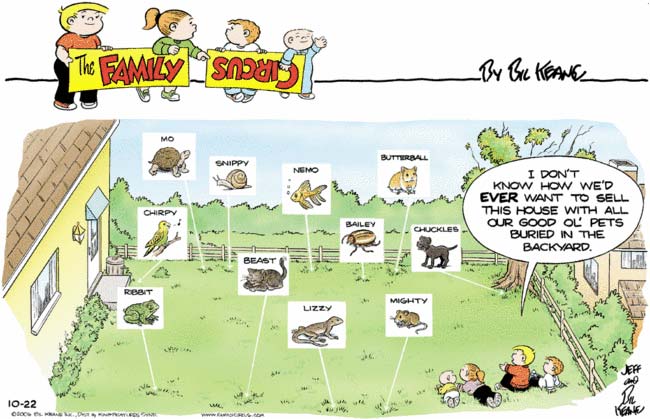 I have to say that the Family Circus children do not strike me as being old enough, under ordinary circumstances, to have racked up the body count on display here. Of course, the circumstances surrounding this freakish clan of big-headed weirdos is never ordinary. What intrigues me most about this meticulously illustrated history of carnage is the fact that the wussily-named Kittycat was preceded by the much, much butcher Beast. Perhaps the name provides a clue to the motivation behind the carnage: all these hapless creatures were sacrifices to the greater Beast, our Dark Lord, who returns the gifts with a channel of raw power straight into the hearts of His little servants. You’re next, PJ!

I do wish I had seen the panel in which Bailey met his demise. I imagine Big Daddy Keane looking triumphantly at the bottom of his shoe as Jeffy wanders in saying, “Daddy, have you seen our new pet Bailey? He’s a cock-a-roach!” I also sincerely hope that Butterball didn’t buy the farm in a hilarious Thanksgiving-dinner mixup. 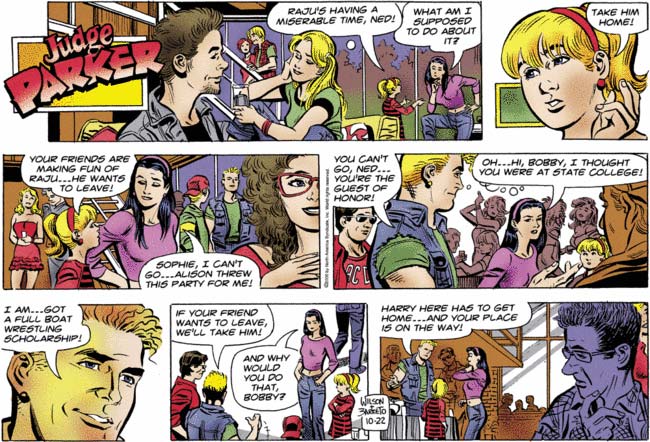 Oh man, am I going to need to add Raju to Molly on the list of Lovable But Hapless Comics Characters I Need To Worry About? I fear he’s going to get harassed by State College Bobby in some publicly humiliating way. Fortunately, in that get-up, the last time Bobby might have appeared threatening would have been in 1986, in some kind of bad teen comedy.

I’m intrigued by the idea of a “boat-wrestling scholarship”. Do you start with inflatable rafts and work your way up to car ferries and container ships? Is this a popular spectator sport? Do universities located in port cities have an easy leg up on facilities? 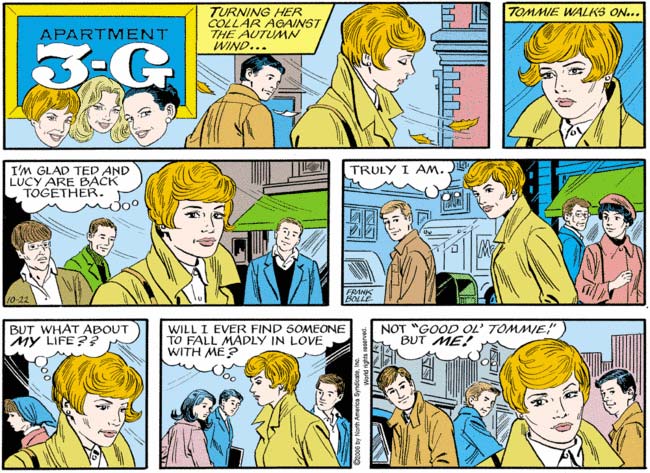