Uh oh, it looks like June and Pete’s plan to take advantage of a man’s death and seize control of a multi-billion dollar corporation has hit a snag: Rex’s sense of right and wrong, by which we of course mean Rex’s petulant refusal to do what his wife tells him to. I note that June skips quickly from the “we need to help our dear friend in her hour of need” angle to the “insider stock price manipulation” angle. 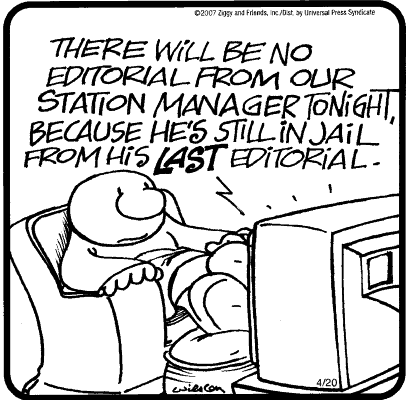 Yes, every day our once free nation becomes more and more of a police state by degrees, and who notices? Only Ziggy, apparently. If only more people cared about free speech and civil liberties. And about Ziggy. 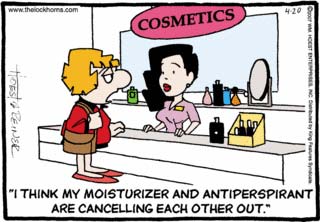 When I first saw this caption, I read “antidepressant” instead of “antiperspirant.” Frankly, I like my version much better.