Alan’s pitch for an advance on his paltry part-time curator paycheck continues. Let’s get one thing straight, Alan: you don’t defeat New York with money. You do it with guts! And gumption! And good-old fashioned elbow grease! You work hard, you play hard, and eventually you’re the king of New York! You look the Big Apple right in the eye and say, “Hey, Big Apple, I belong here as much as anybody else! I’m gonna take a big bite out of you — and it’s gonna be sweet!”

The DTs already seem to be hitting Alan pretty hard if Eric’s ballooning fish-lipped visage in panel three is an accurate depiction of what he sees.

It’s a little-known fact that film stars often take cameo appearances in soap opera comics to earn a little extra cash. Sometimes they take on roles that you wouldn’t expect. For instance, today Sophie is being played by Cillian Murphy, the Irish star of 28 Days Later and Sunshine: 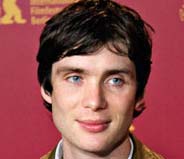