So the big interview with No-Legged War Hero Mama’s Boy Works-For-Nothing Steve is over, and it’s becoming more and more obvious that Gloria likes what she sees! Likes it so much, in fact, that she’s got to close her eyes in the final panel, because if she has to look at that hot hunk of filial piety for even one more minute, she can’t be held responsible for her actions.

I do think it’s kind of curious that, since one of Steve’s major characteristics is that he lost his legs in Iraq, we’ve never actually gotten a good look at his prosthetics. Not that we should let his disability and define him and I’m sure most people with artificial legs actually wear pants that cover them up, but it almost seems that the artist has gone out of his way to arrange the panel composition such that his legs are just out of view. Could this be one of the problems of a comics strip that’s a collaboration between an artist and a writer — could the artist have gotten the scripts and cried “Argh! Prosthetic limbs! My greatest weakness!”

Popeye is in the midst of some completely uninteresting plot about Sweet Pea’s allowance, but I have to pose this question to those readers who are part of the nautical division of the Jungle Patrol: What the hell does “typical fat-armed sailor” mean? I always assumed that Popeye’s bizarre physique was a result of artistic whimsy and/or steroid abuse, but are we to understand that his pencil-thin biceps and unnaturally bulging forearms are somehow representative of his profession — and are also somehow related to the cheapness endemic to seamen? I’m obviously way behind on my sailor stereotyping.

In our upcoming storyline, Dick Tracy will drop any pretense about being a frank cheerleader for fascism as Dick is ordered to go break up a local showing of “degenerate art.” 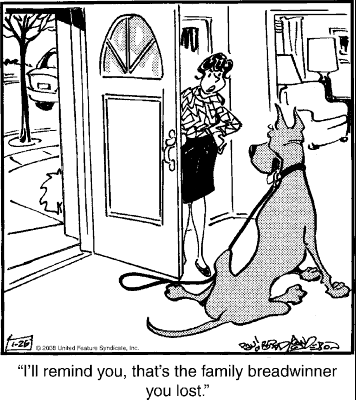