Even in a Leap Year, poor February gets no respect — cartoonists basically take the month off. Here we see young Maddie imagining February in the far future, while Sally remembers it from the distant past. At least March promises more fun, as a murderous Afghan rebel and a crazed United States Postal Worker plot against the skinflint owner of that nest of vipers, Montoni’s Pizza. And Sally? Go ahead and carve a chunk outta Ralph. Blame it on the Ambien® — no jury will lay a glove on you. 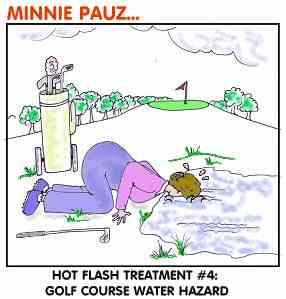 A week of ham-handed single-panel pregnancy-themed Belly Laffs. A bad thing? Sure. But the worst thing? Apparently not!

Oh, you ladies and your hilarious reproductive processes! At least we guys can look forward to a month of prostate-themed humor in A Very Special Crankshaft.