So ends the Comics Curmudgeon 2019 Summer Fundraiser — Thank you for your generous support!

Never mind joy, that blouse is sparking some serious anger. I’d love to know the backstory here: was the blouse a gift from an ex before a bitter breakup? A reminder of some humiliating public wardrobe malfunction? A hand-me-down from a hated elder sister? Or is she just feeling resentful at being pushed around by some weepy co-dependent rag? Jeez, lady, it hasn’t fit you in fifteen years!

First-time offender Alan Parker confessed, before any charges were filed, that he helped Norton here fake his own death. What is that, worst case maybe honest services fraud? But the judge in the case — a former colleague of Parker’s — denied his request for bail and threw him in the penitentiary until his trial. And now Norton plans to unwind all that by lying to the court that he made him do it?

Jackie wants to buy “Small Wonders,” her friend/boss Tasha’s vanity business. She hasn’t done the research. She hasn’t talked to the necessary people. She is still Sally’s lost little sister.

Jackie is the Fredo Corleone of Sally Forth, making Sally its Michael and Ted its … no no no, that won’t work at all; let me start over …

Obsessive neurotic Susan has vague memories of her former life.

Also, dearie, it’s called a “spit take,” not a “nod take” — you sip the coffee first; you don’t stick your damn nose in it. Any self-respecting Eisner nominee would know this.

Abbey has willed a gallows into existence in Sam’s office. Tread lightly, Sam!

Tommy has discovered the one person in Santa Royale who’s more of an emotional wreck than he is. I hear wedding bells!

OK, that’s the actual joke; I just couldn’t help myself.

For better or worse, people in Gasoline Alley and Funky Winkerbean grow up as they age. But here in Sally Forth they grow down, by which I mean they turn into Ted — with his attention deficit, encyclopedic pop-culture obsessions, and the whimsy oh God so much whimsy. We’ve seen it happen before to Hilary, and here Sally herself succumbs. While I’m delighted to see her give up being a humorless scold, I’m not sure the strip can handle two Teds. And it makes Real Ted’s proposal just icky. 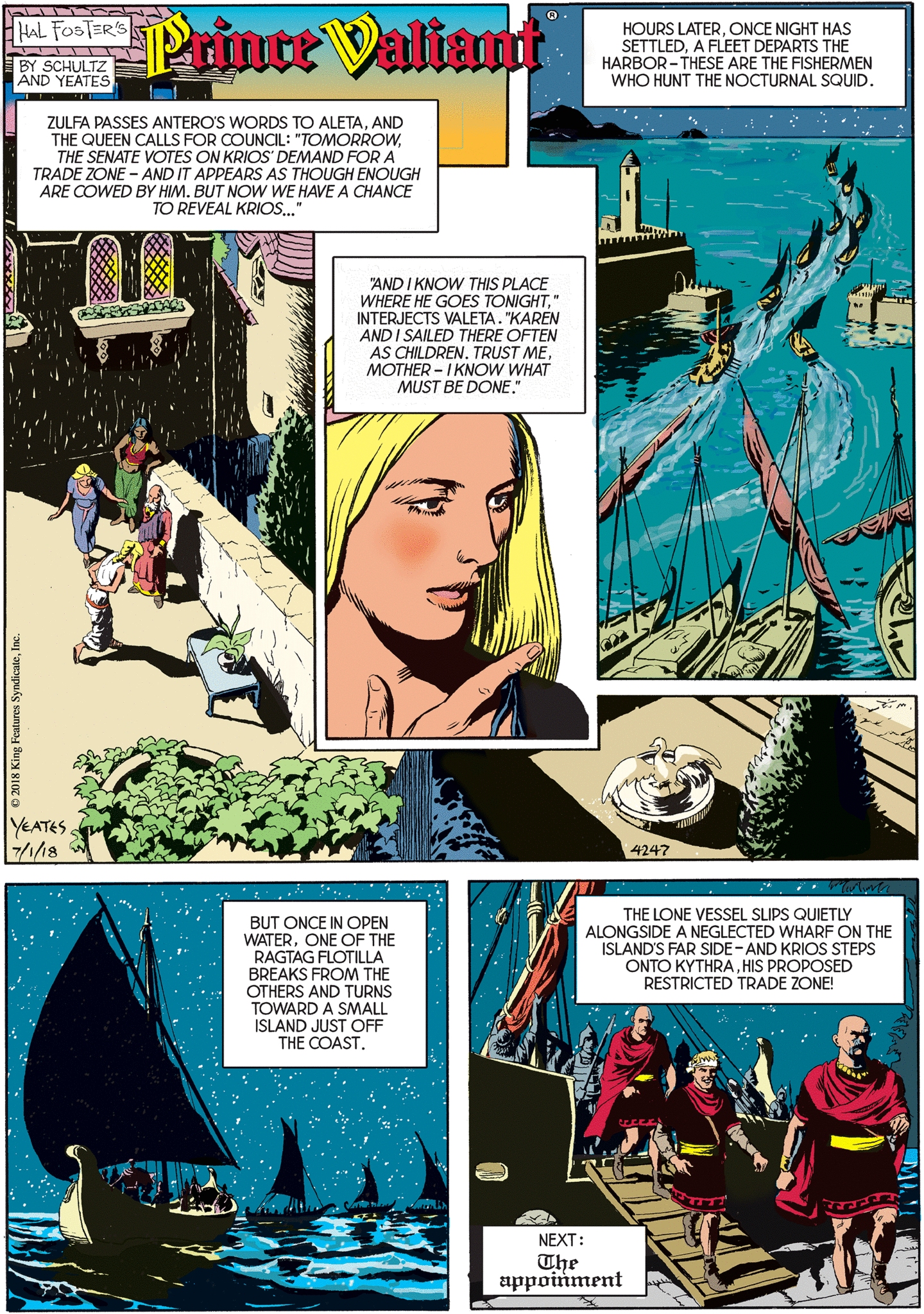 Listen Prince Valiant, I will stick with you through this “Senate votes on the Trade Zone” nonsense, but one word about midichlorians and we are done. 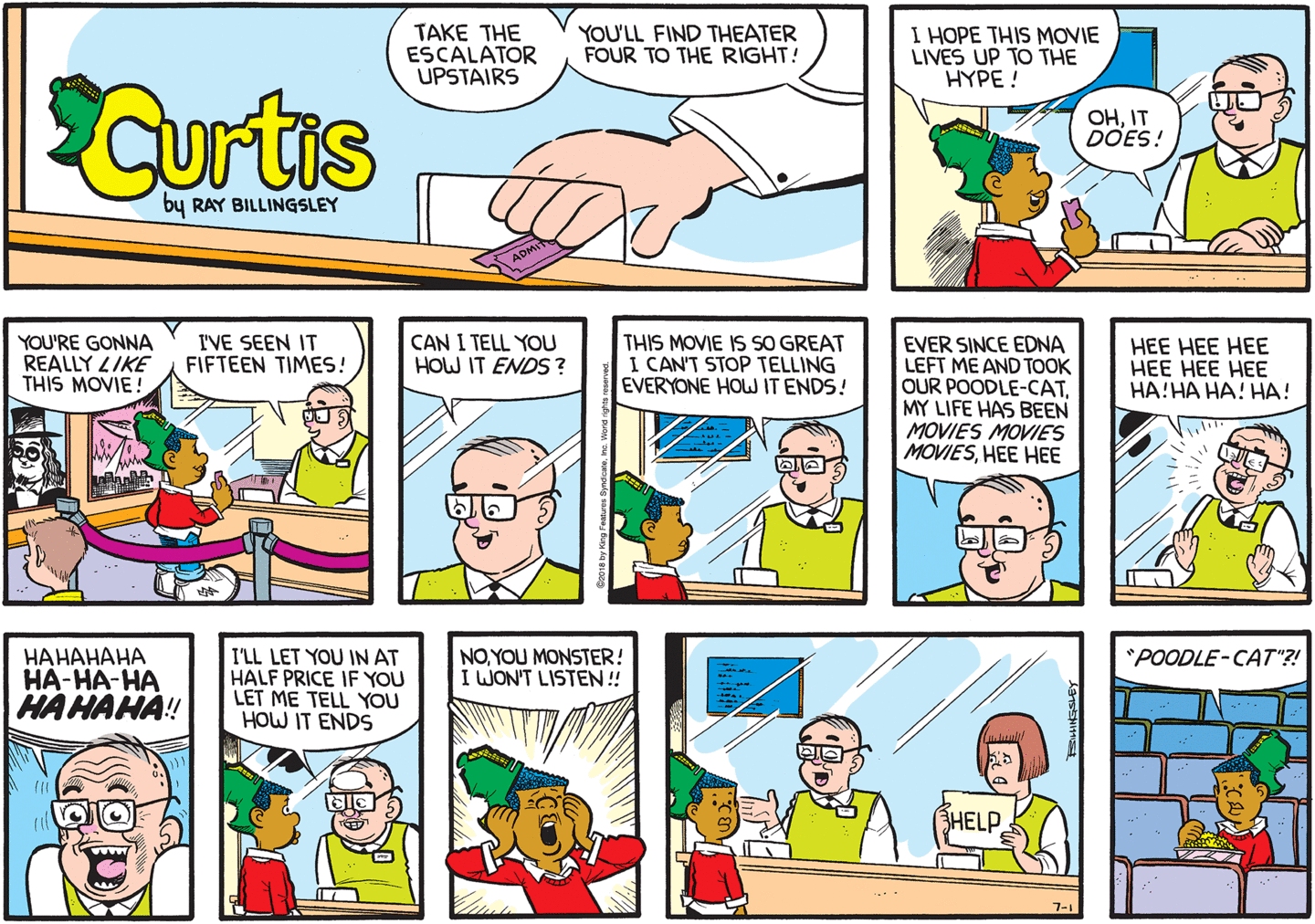 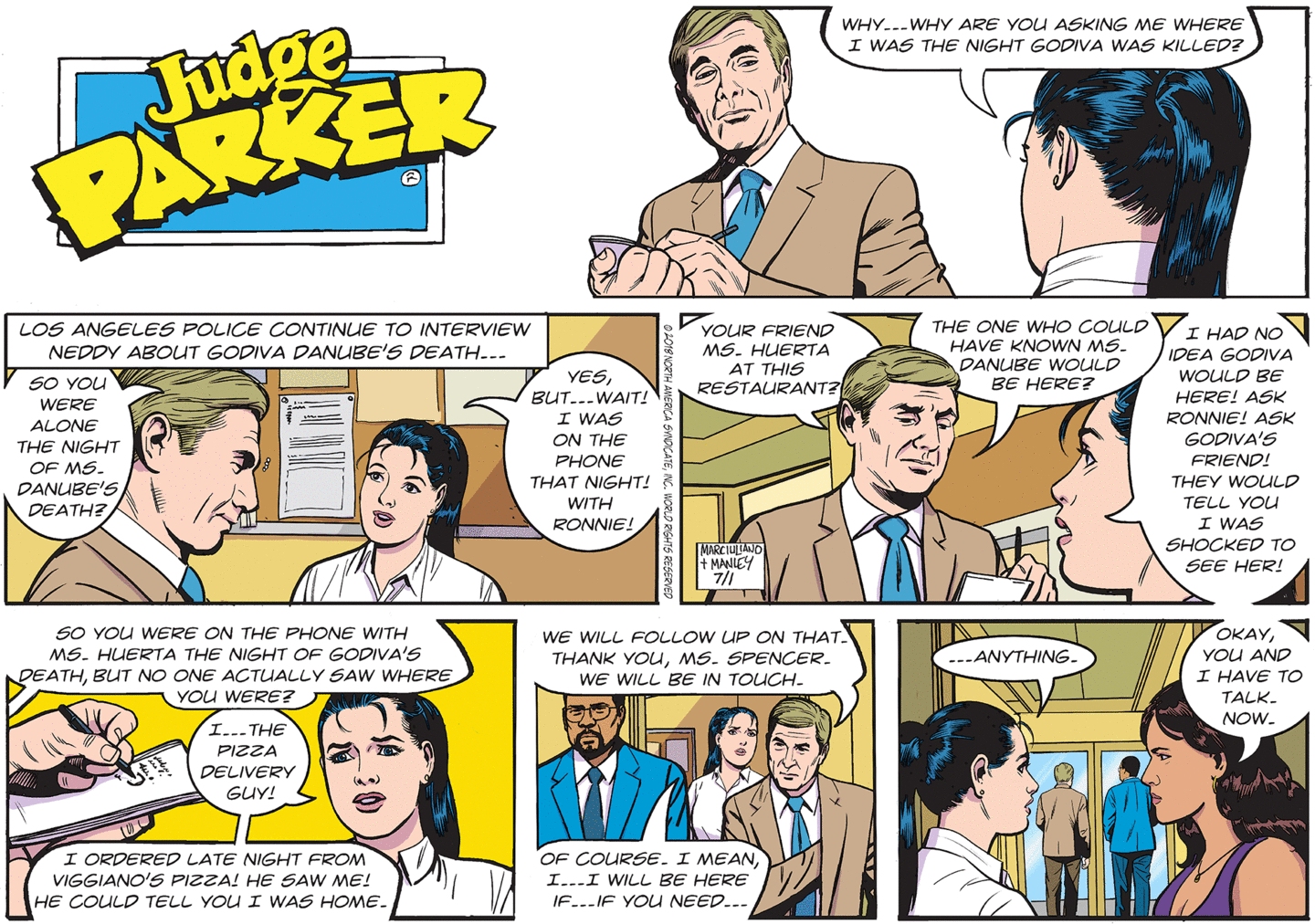