Sorry I haven’t been covering the Very Special Story of Elmer Vargas the Accidental Illegal Immigrant, but turns out it’s kind of boring! Elmer has lived in America since he was six months old, so he’s thoroughly acclimated to the culture; this is why he invokes TV as a totem to protect him, since he knows Americans love it before all else. Still, I fear that we’re going to see the Vargases deported just in time for Cinco de Mayo next week, possibly at the behest of the blonde-haired uber-Aryan in panel three. Is that Coach Mrs. Coach Thorp? I’d say I can’t tell yet who people are with the new artist, but honestly I had a hard time with the old artist too. 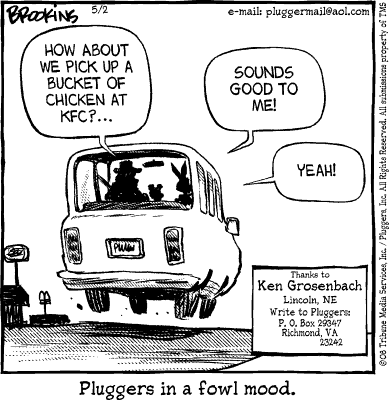 What’s the saddest possible interpretation of this panel?

I’m not sure what exactly Ron is holding in the second panel, but I sincerely hope it’s his mother’s soiled bedpan, and he’s about to brain his brother with it.