“Lots of botox,” eh? The terrifying secret behind the endless smirking is revealed! The Funkiverse characters really aren’t the group of smug bastards that they appear to be; rather, misguided attempts to recapture their youthful good looks have left their faces frozen in ghastly rictus grins, despite all the cancerous horror their creator throws at them. It must make their existence extra depressing, frankly. 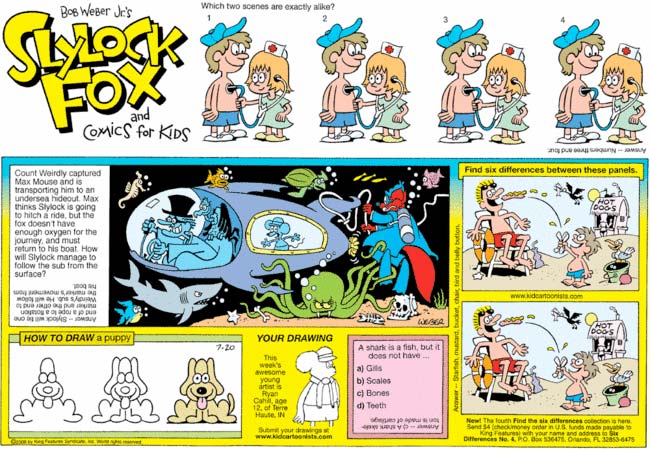 Answer: Slylock knows that he can get another mouse at the pet store for less than $5. Maybe he can get one like the one with a nice scarf, like the critter drawn by the young man from Terre Haute!

If you’ve read 1984, you probably remember Room 101, the torture chamber where the dictatorial government subjects you to the thing you fear the most. The novel’s hero is threatened with rats, but I’m pretty sure that if I were brought there, I’d be confronted with Mary Worth saying this.