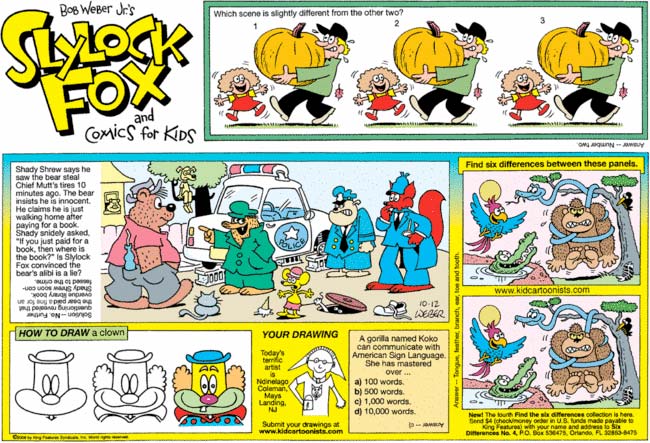 This here in a nutshell is why my growing affection for Reeky Rat doesn’t translate into respect for his fellow small-mammal small-time crook, Shady Shrew. When caught in his acts of petty theft, Reeky adopts an air of sneering bravado, spinning alibis so outrageous that he’s almost daring you to throw him in jail. Shady, on the other, just seems pathetic, his attempts at pinning his pointless crimes (stealing tires off a police car?) on others just coming across as increasingly desperate improvisations. In addition, Reeky has an inimitable sense of style, while Shady favors the baggy, shapeless uniform of furtive perverts everywhere.

Never has this strip come closer to really acknowledging its transformation from light-hearted high school romp to depressing trudge towards inevitable death. “I miss the days when everything ahead was bright and shining … instead of foggy, and grey, and full of tumors.” 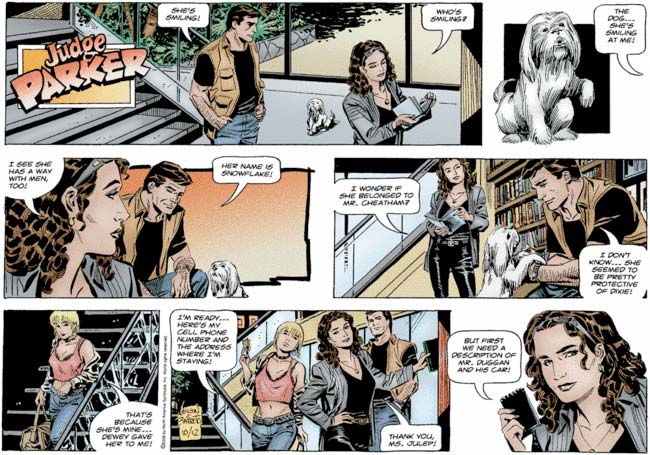 You read it here first, everybody: THE DOG DID IT. That creepy little critter stole the rifle and took its revenge on the man who dumped the owner she adores. She’s smiling at you because she knows you’ll never figure it out, Sam.

I’m glad to see that the Phoenix police department has loosened its dress code enough so that black leather pants are OK for homicide detectives to wear on the job.