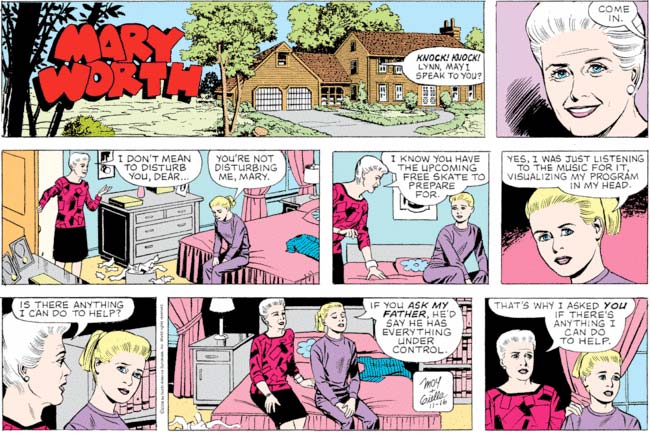 Could this be Mary’s most complex and multilayered meddle yet? As our protagonist openly disparages Frank’s parenting/coaching style and instills thoughts of independence in Lynn’s head, she’s clearly set events in motion that can only end in tears, and murder (not necessarily in that order).

I really and sincerely hope that, as the dialog balloon in panel one seems to indicate, Mary actually said “Knock! Knock!” aloud rather than physically rapping her knuckles on Lynn’s door. Also, this strip indicates the extent to which Lynn’s will has been broken; any person with a healthy sense of self would react to the vision in panel two with either wild gunfire or terrified flight into the woods. 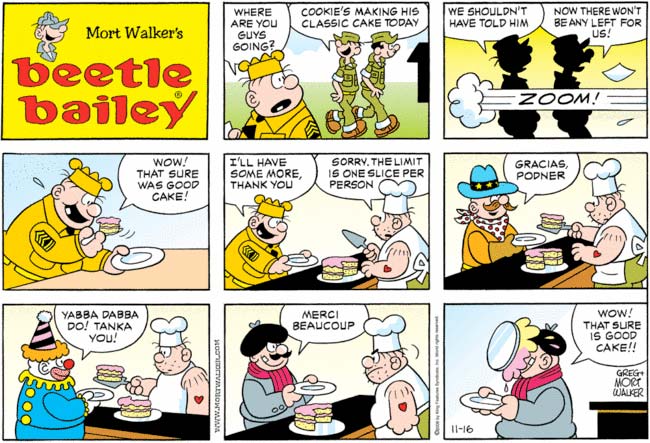 Even with my standards for Beetle Bailey being as low as they are, I have to say that I find Sarge’s cavalcade of vaguely ethnic disguises confusing and unsettling. The fake Frenchman is at least speaking real French, and it does seem likely that a genuine cowboy would know at least a smattering of Spanish, but that clown is creeping me out. Why is he spouting Fred Flinstone’s beloved and almost certainly trademarked catchphrase? And why does he say “thank you” in what appears to be pidgin Italian? Does the author think that Italians are all cartoon-obsessed clowns? Because that would be one of the most obscure ethnic stereotypes trotted out in living memory. 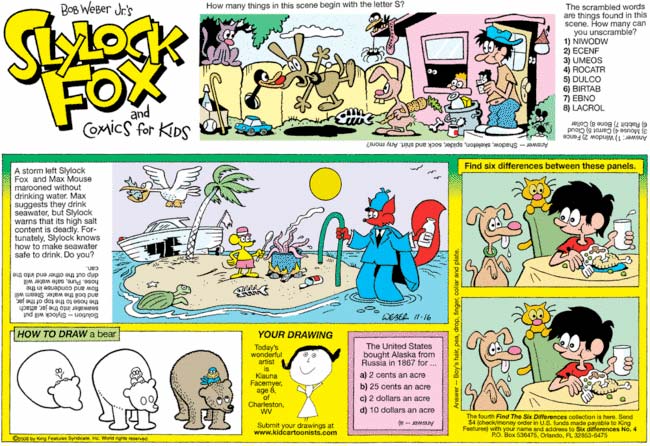 The answer to today’s puzzle is far too small for me to read — I’m assuming it involves boring old science — but I’m frankly less concerned about what Slylock and Max will drink than with what they’ll eat. The fish skeleton on the shore indicates what their first island-side dinner consisted of; the way the tentacles of the no doubt anthropomorphic octopus in the stewpot appear to still be wriggling as the castaways’ makeshift fire boils it alive is profoundly unsettling. That sea turtle will be the next into the pot, followed no doubt by Max himself.