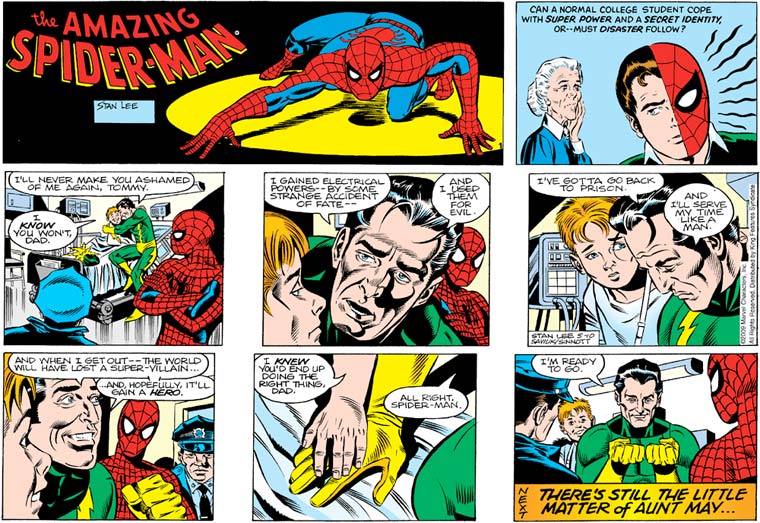 Against all odds, Spider-Man actually managed to defeat a super-villain! Naturally, this unheard-of triumph came because Spidey exploited Electro’s love for his son, not because he bested him in super-powered combat. Humbled by the fact that his mad scheme to make extort a fortune by cutting off electricity to millions caused his son a relatively minor injury, the moronically clad baddie will now meekly submit himself to imprisonment.

The greatest thing about this strip, of course, is the final panel’s NEXT! box. For while Electro was willing to face years in prison just to make sure his boy was all right, Peter dumped Aunt May unceremoniously in the parking lot of the hospital after the blackout caused her to have a minor heart-based freakout. Hopefully the next few days will feature Peter going about his business while the NEXT! box prompts him with increasing urgency: “NEXT! No, seriously shouldn’t you be checking up on her?” 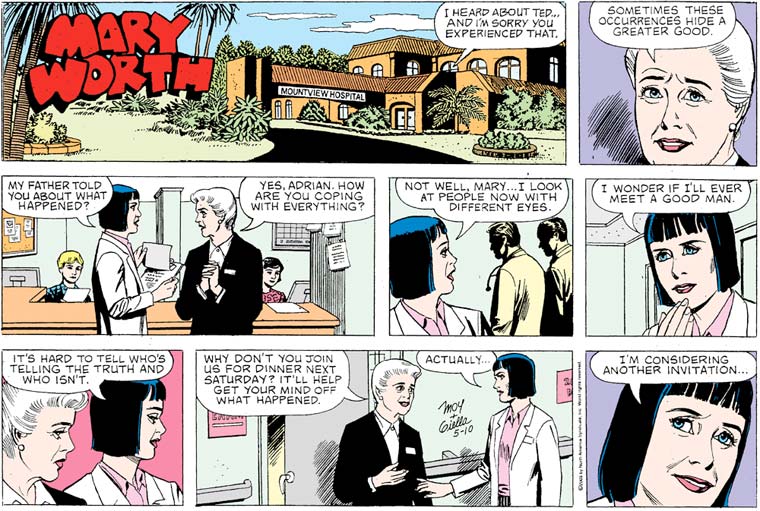 “He’s a Nigerian gentleman! It seems that he was an official in the military government that held sway there in the mid 1990s, and has access to a Swiss bank account that contains millions in oil money! He says that he needs my help to get it out, and that he will donate most of it to charity, but that I’ll get a cut for my assistance … doesn’t it sound exciting?”

Crankshaft and Rose try to give their grandchildren a coded plea for help about the hell of elder abuse that their life has become, but the kids are too dense to pick up on it.