Hey, everyone! As I may have mentioned here in the past, I’m going to be at the South by Southwest Interactive festival for the next few days (I’m actually typing these very words on a plane winging its way from Baltimore to Austin)! I’ll be on a panel about the future of blogging (if such a thing exists) on Saturday morning, and generally going to dorky panels and bumming around town. So if you want get together and talk about, I dunno, new media, or money-making schemes, or what not, shoot me a line maybe we can meet up! I’ll also be documenting my experiences in a show diary for ITworld.com, if for whatever reason you can’t enough of that sort of thing. I will be doing my darndest to fit my normal comics-mocking into my busy schedule; apologies in advance if posts are late, or if more of them than usual have titles that include the words “quickies” or “one-liners.”

And now, to justify the existence of this post for the vast majority of you don’t care about anything in that last paragraph, here are some awesome vintage They’ll Do It Every Time panels sent in by faithful reader Rachel! (And those of you who have started reading this blog in the last few years, after the death of the feature’s final artist — well, check the archives, for awesomeness.) We begin in 1943, with the feature’s core creative mission — savage complaints about minor inconveniences, often tinged with sexism — was already well established. From a historical/anthropological viewpoint, we also learn that butter used to have its own counter at stores, and it took a long time to buy butter, for some reason? 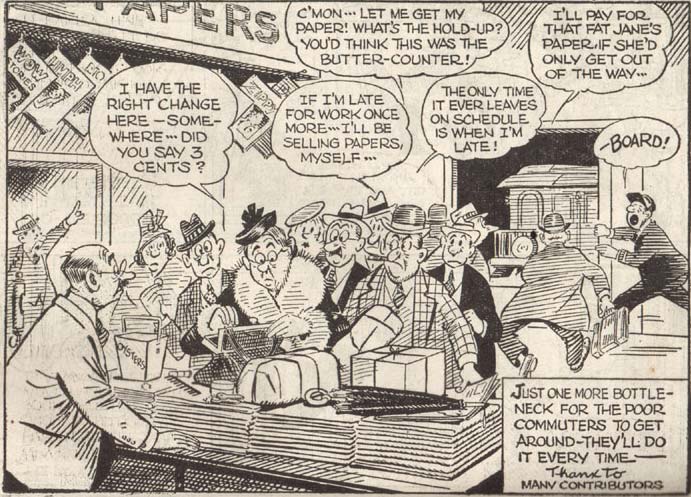 Also of note is the mysterious Chinese take-out box on the counter labelled “oysters.”

Here’s another one from 1943 that offers a more interesting historical look at World War II than the last six months of 9 Chickweed Lane. Apparently it was common for serving GIs to hear drunken tales of exploits from World War I? Irritating, but the bowler-hatted fellow’s advice to drug the man’s drink seems a bit excessive. 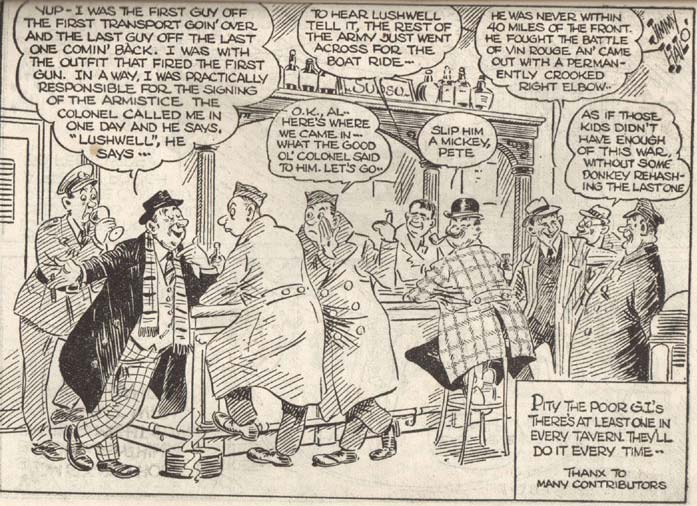 Now let’s jump ahead to 1956. Here we’ve arrived at the two-panel ironic whiplash we know so well from the Scaduto era, though the subject is at this point rather quaint. Also familiar to longtime TDIET will be the “Howcum?” interrogative that starts the thing off. 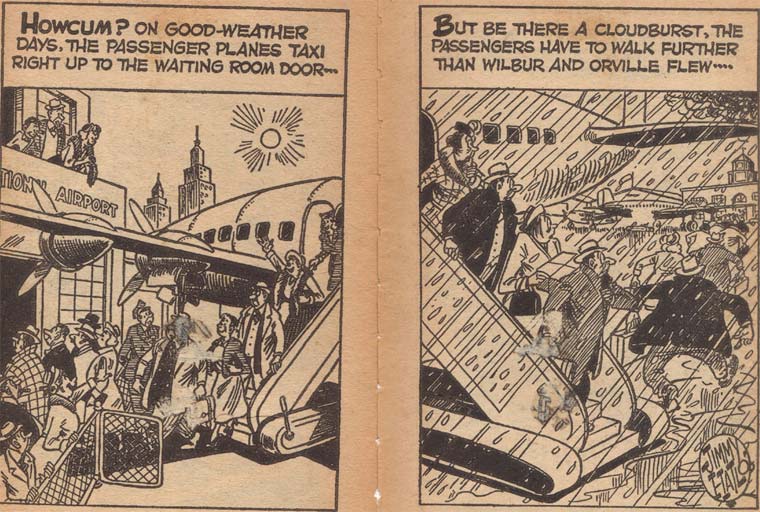 Here’s another 1956 installment with a lot of features that would be right at home in the panels from the ’00s: the wacky, on-the-nose names (“Pothooks” and “Bigdome”), the generic white-collar office setting (though again the specific gripe is now thoroughly outdated), and, tucked away in the thanks-to note at the lower right, an (imagined?) act of savage violence. 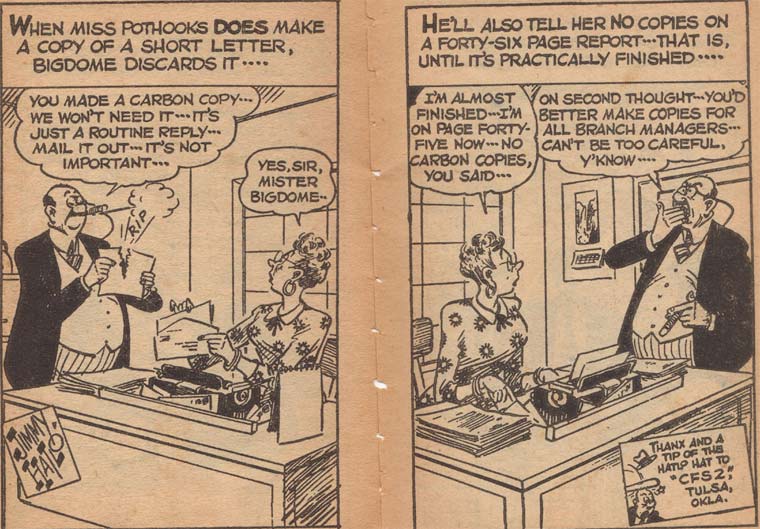 And finally, a top ten list of gripes, again ranging from the familiar (bosses suck!), the familiar but probably no longer considered suitable for the comics (your husband spends the household budget on booze for his buddies!), and the archaic (burning trash befouls your line-dried laundry!). Not sure if the numbers are meant to be tongue-in-cheek; if not, they say a lot about the readership the trip once had — and the everlasting pettiness of the American people. 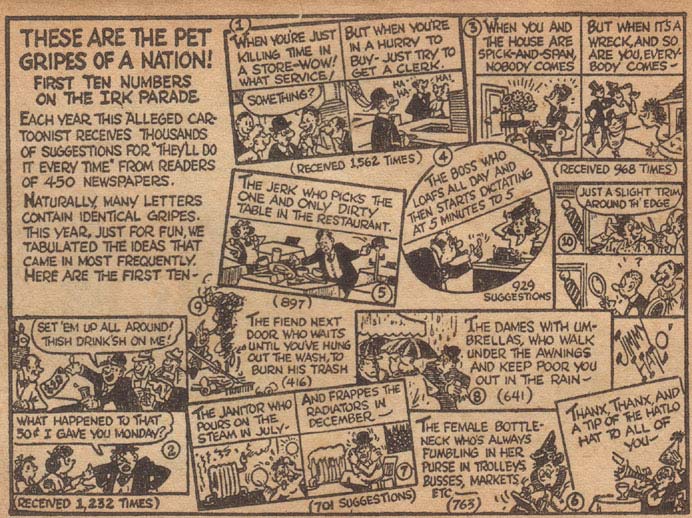