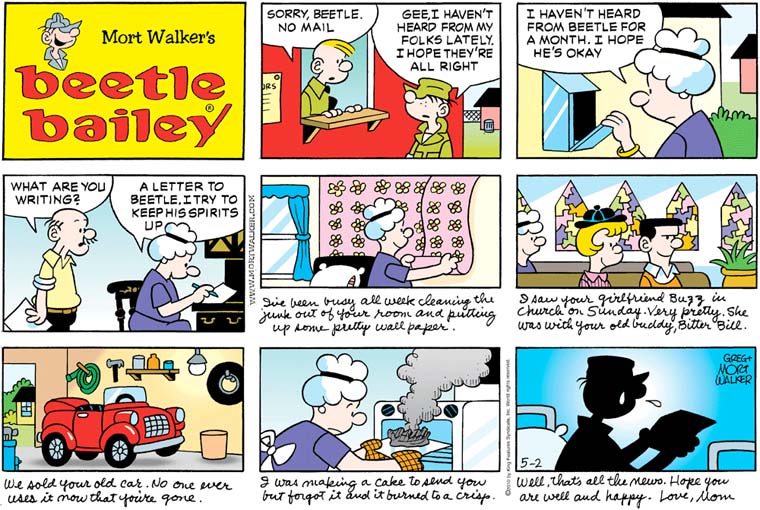 Beetle Bailey’s recent flirtation with self-referential absurdism has in fact led logically to this. All the references to the misty origins of the strip — you may not have known that upon launch Beetle Bailey was a college-humor strip, until the title character abruptly quit school and joined the army a year into its run — are here systematically dismantled. His long-forgotten girlfriend has found love with another, his ancient jalopy has been sold to a classic car collector, and his room at his parents’ has had all traces of his presence eliminated. With all ties to his former life finally cut after sixty years of basic training, Beetle is finally ready to ship out to one of the various war zones, where he will presumably die in a hail of bullets almost immediately, due to his incompetence. 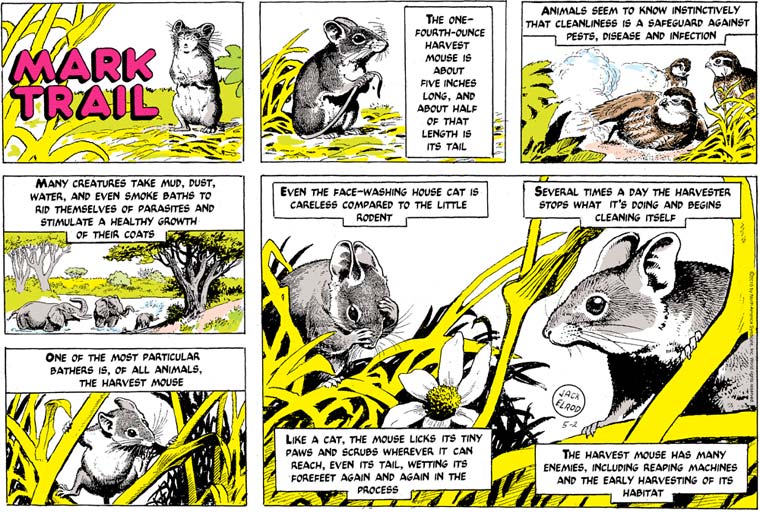 Way to bring everyone down, Mark. “Look at this adorable little mouse, washing its face with its hands, OMG SO CUTE! Later, it was ground to bits in a mechanical thresher.”

LIES LIES OH MY GOODNESS SO MANY LIES