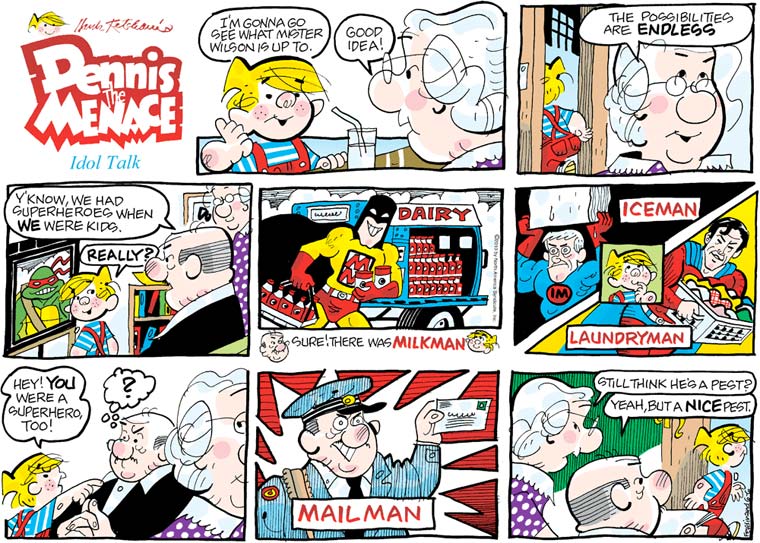 Let’s pass over for the moment the fact that if, as I’d guess, Mr. Wilson is around 75, he himself would have grown up with the first generation of comic book superheroes, and thus would not find Dennis’s own media consumption choices to be so sneer-worthy; let’s ignore too his seeming assumption that Dennis would view a world where basic services were performed by humans to be baffling and alien, as if he lived in a culture where people were tended at all times by advanced robots. Instead, let’s focus on the middle panel of the bottom row, in which Dennis imagines Mr. Wilson’s mail-delivery alter ego as a wild-eyed psychopath, who presumably used his job dealing with the public and the protection of his public employees’ union to go on a years-long killing spree that no doubt held the entire city in terror. 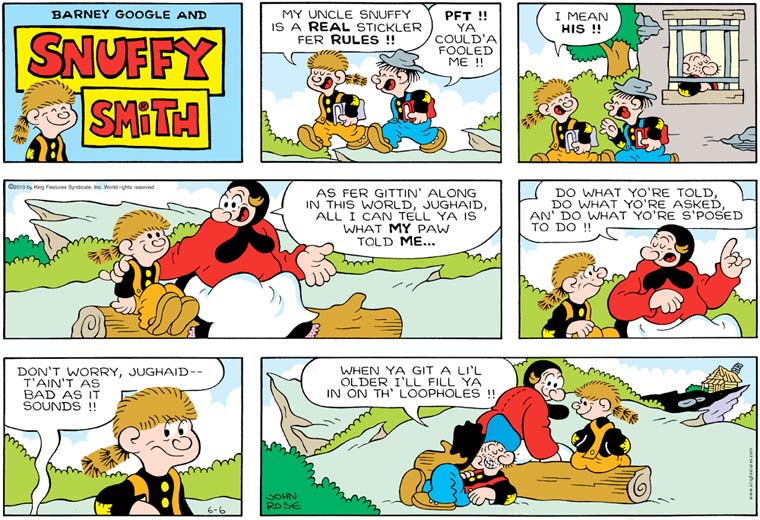 When comics strips lavish loving energy on the depictions of the ass-cracks of adults, it can be kind of sexy! When they lavish the same amount of attention on the ass-cracks of prepubescent children, it’s just disturbing.