Your COTW in just a second, but first: we’re all consumed by Apartment 3-G makeover mania, am I right? Obviously we’re all very curious about what the gals will look like, once they’ve been made over. Some commentors thought that the King Features About The Characters page offered a clue, but in fact the pics there are from the days of Alex Kotzky, the original artist. But now, I have an exclusive look, courtesy of faithful reader Brenda Starr Destroyer, of the future of 3G! 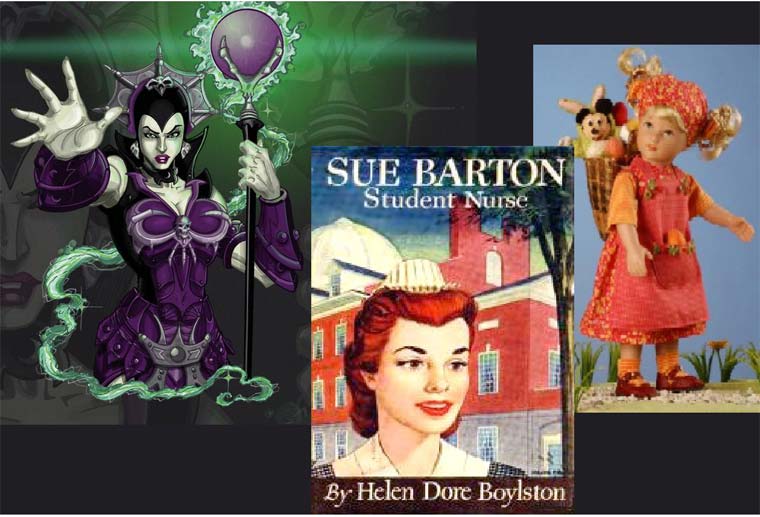 “SSmith: Every time you picture that guy from today’s throwaway panels having sex, take a drink. No, that’s not part of a game. It’s just sound advice.” –Artist formerly known as Ben

“This is what I love about the Batiuk-verse. Even if you’ve been in a car accident which has sent you back in time (!), you still have the presence of mind to make a terrible, terrible half-joke to an uninterested second party.” –Joe Blevins

“I don’t know what Mike and Jenna are on, but whatever drugs make you pick a pumpkin-colored jacket and matching Sansabelt slacks are drugs I want no part of.” –Patrick

“Tommie’s humiliation is somewhat spoiled for me, due to how much she’s obviously enjoying it. She’s the worst bottom ever. No wonder Margo is in such a bad mood all the time.” –Les of the Jungle Patrol

“Did anybody know about the reward? I used a newspaper ad so nobody would read it. Now, it looks like Rusty might get that dog back.” –Renee J

“Is Tommie really a singer now? Or was that all a ruse to get her on stage? I need to know so I can tell if this whole story is just mean or heart-breakingly cruel.” –AndyL

“I for one am disappointed that the naked Gunther storyline was dropped after just two weeks of fake ribaldry. Wouldn’t it have been great if the strip had become a single-joke comic called Luann Saw Gunther Naked? Okay, maybe not great, but better?” –FE

“Oh man, if you take all of Herb’s lines out of that strip it becomes an exceptionally creepy ‘Imma kill you for insurance money’ comic. Just look at Herb’s hideously bulbous eyes light up in the second panel when the idea hits him. He grapples with himself darkly in the third panel before clutching the coffee cup to himself, preparing to bash it off his mother-in-law’s head. She gives him a look of utter disdain … Mere porcelain can’t kill her, oh no Herb, you fool. Nothing can.” –Tophat

“This story arc explains so much. Obviously, Puppet Master also has a Spider-Man doll. He bought it years ago, and it’s still in its box, on a shelf.” –seismic-2

“Slim may have gotten ‘rocked’ after pulling an all-nighter moonlighting as a musician, but the true sports-hero’s-downward-spiral narrative comes with Mark Trail, as a closer examination of the dognapping neighbor reveals him to be former Mets first baseman Keith Hernandez.” –Harland

“This isn’t Funk to the Future or It’s a Funkerful life. It’s The Cancer of Oz.” –Thomas B.

“Margo is bristling less at being called frumpy than she is at people thinking Lu Ann and Tommie are her friends.” –NoahSnark

“If this makeover results in fewer shirts buttoned all the way up to neck, I will be pleased as punch. However, if it means Margo stops dressing like Han Solo periodically, all the exposed clavicle in the world will not quell my rage.” –Business Pyjamas