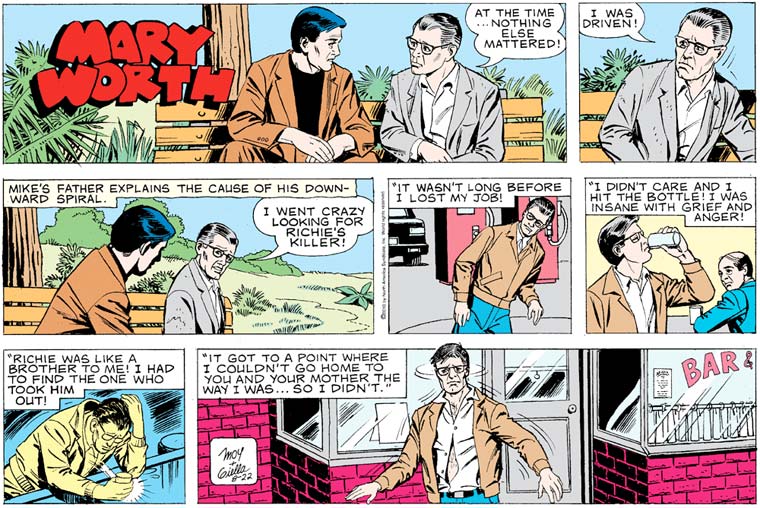 I’m pretty sure there’s some kind of “most consistently hilarious depiction of drunkenness in a comic strip” Reuben Award, and Mary Worth is gunning for it, hard. Lonnie began his drunken day with a jacket and pants of different colors — obviously, the hard drinking has destroyed the fashion centers of his brain. (That’s why he only wears grey now.) But once he’s got a real bender on, we can see the true horror that booze does to a man. Did Lonnie unbutton and then drunkenly try to rebutton his shirt? Probably! Because that’s what alcohol does. It leaves your wispy stomach hairs visible for the world to see. Is this what you want for yourself? Turn away from the drinking, before it’s too late! 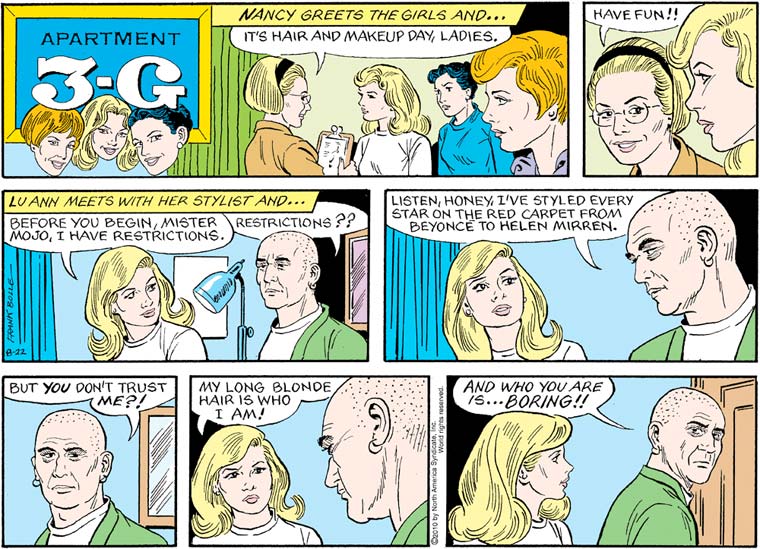 I’m pretty sure that Lu Ann’s stylist is supposed to be some sort of sassy gay artiste. Unfortunately, as depicted, he looks more like the answer to the question “What if Mr. Clean were a supervillain who was also a resurrected undead king from ancient Sumer?” This is a question that I’m pretty sure has never been asked, ever, and even if it were I would hope that the character so described would not be saddled with the name “Mister Mojo.”