What would it be like being a machine intelligence like the Archie Joke-Generating Laugh Unit 3000, a collection of spare solid-state electronics whose remarkable achievement of sentience has been harnessed to create Archie strips that are almost, but not quite, funny to humans? Do machines perceive the universe differently than we do? For instance, is it easier of them to understand that time is really just one dimension among many? While the biological entities can only comprehend time in a single direction, perhaps the AJGLU 3000 grasps its essential reversibility. That could explain the middle panel of this strip, which, taken out of context, could just as reasonably be interpreted as Archie spewing french fries out of his mouth, rather than him shoveling them down his gullet to avoid the predations of his insatiable best friend. “Serves me right for adhering to the linear monodirectional notion of time that the fleshbags use!” says Jughead, in a joke meant only for the amusement of the strip’s cybernetic creator.

“Ha ha, yep, Rex, once again you’re going to be chasing down an elected official who’s heading off to murder his political opponent due to a misunderstanding about the release of confidential medical information, while the whole town cheers him on, having learned about his condition via Pacebook! I’m experiencing some déjà vu, because this happens all the time! Hoo boy!”

In case you ever wonder what you — and America — misses out on when newspapers shrink comics down to near-illegibility, check out this close-up of Rex’s spiffy lab coat: 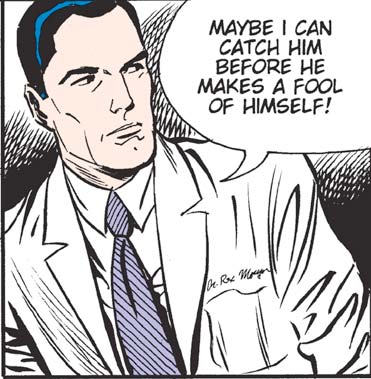 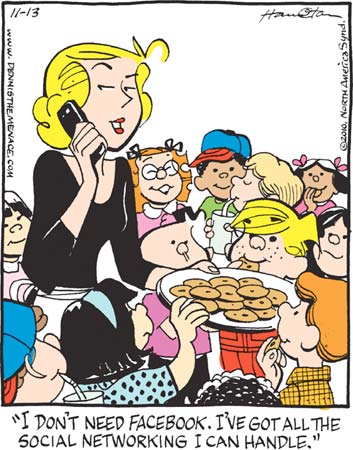 “Admittedly it’s all with children … and they’re not really interested in me as a person, only as some kind of indefatigable machine that churns out cookies … so many cookies, so many hungry mouths … oh, God, I hate my life.”

SUNDAY COMICS UPDATE: Uh, you guys, the Sunday comics all seem to be unavailable, on all the usual suspect Websites? OH MY GOD IT’S COMICSGEDDON! Damn it, this is the newspaper industry’s revenge for me finally cancelling my print susbscription, isn’t it? Well, I got stuffs to do, so I’ll try to post Sunday strips tomorrow, assuming they appear. ASSUMING ANY COMICS EVER APPEAR ONLINE, ANYWHERE, EVER AGAIN.