There are still apparently people who only get the paper on Sundays so that they can go through the coupons, so the Sunday comics have to be treated as if they’ll be the only comics people see all week. Because Christmas is on a Saturday this year, that means that most of today’s strips featured Christmas themes almost a week early. In the spirit of the season, I will say a kind word for a strip I almost never have anything nice to say about: I genuinely found it funny to see Crock’s title character smiling sinisterly out at me from the middle of a festive wreath. Surely such wreaths would be big sellers at the Crock store, if any such thing actually existed. 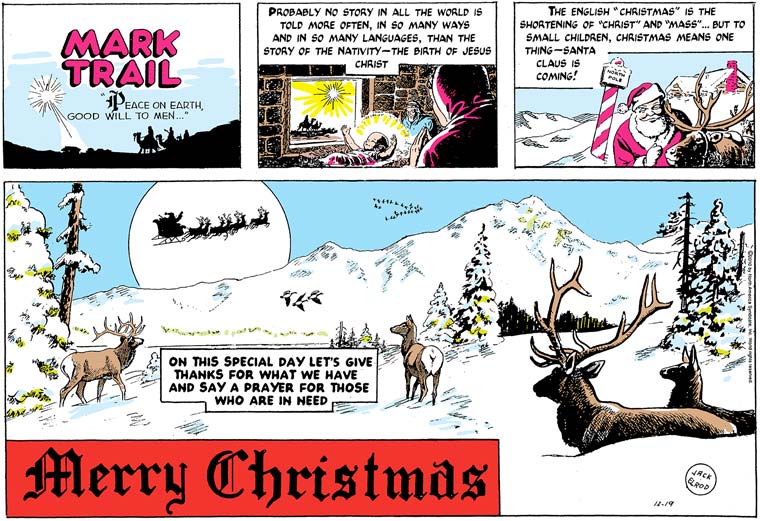 “Yes, just about everyone in the world knows the story of the birth of Christ … except for children, who couldn’t care less about our Lord and Savior and instead worship a bastardized, commercialized version of an ancient Germanic deity, the greedy little pagans.”