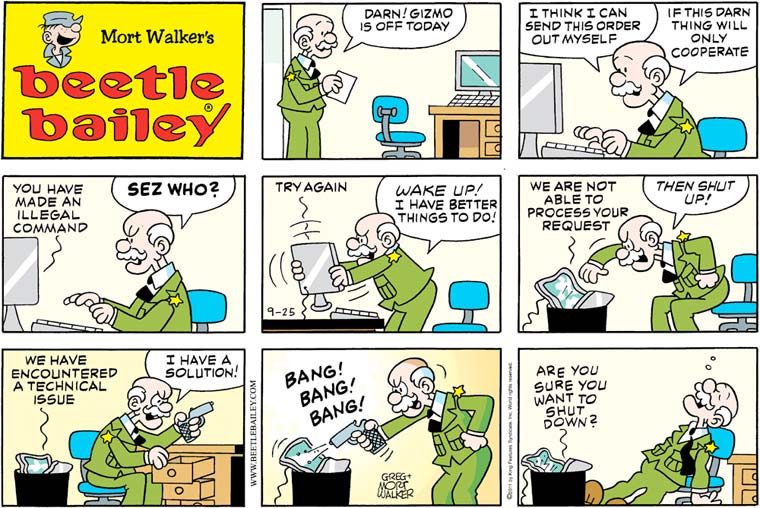 As I’ve noted before, I’m totally down Beetle Bailey’s depiction of General Halftrack’s increasingly rapid descent into alcohol-fueled dementia. I approve because I enjoy jarring mismatches of tone and subject matter, and unlike some strips we could mention that get Very Serious with their Sad and Serious topics, Beetle Bailey seems to be under the impression that Halftrack’s angry and disoriented flailing is awesome fodder for wacky jokes. Which it isn’t but there’s something meta-funny about the strip’s complete inability to see that, you know? Anyway, things get extra hilarious today when the General destroys Army property and then discharges his sidearm in violation of any number of military regulations, before collapsing (it’s not clear whether that’s because the booze has overpowered him or he’s suffered a deadly rage-stroke).

Oh, also, I made this panel for you, to use as your Twitter avatar or put on your Tumblr where you curate zany contextless images or whatever: 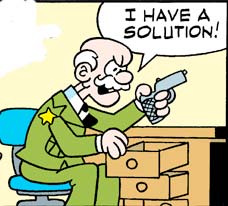 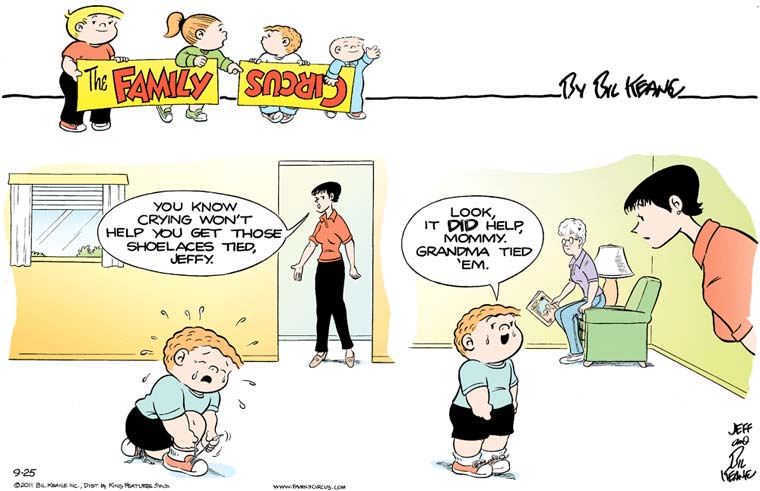