You guys, I have promised cute photos of bird bands and I HAVE DELIVERED. Or rather, you have delivered, and I’m just putting them up.

First up is a pic from faithful reader Joe, the Upper Evergreen Guy. His tropical bird had no legs to band, so he was forced to drastic measures. 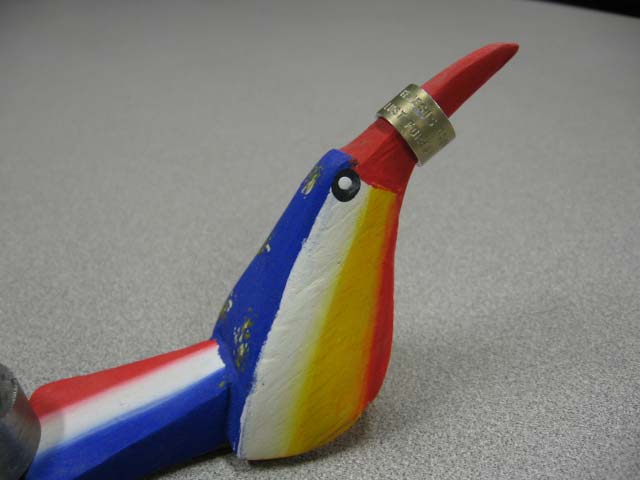 Faithful reader Beth K. has no bird to band, but does have a remarkably mellow cat to crown. 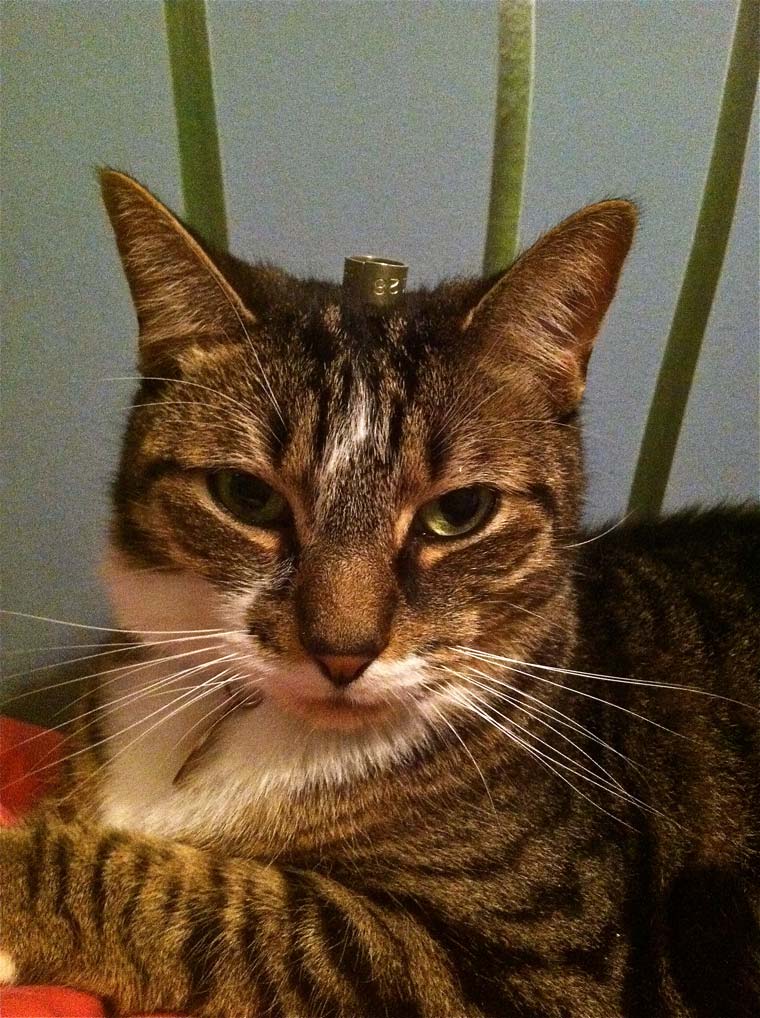 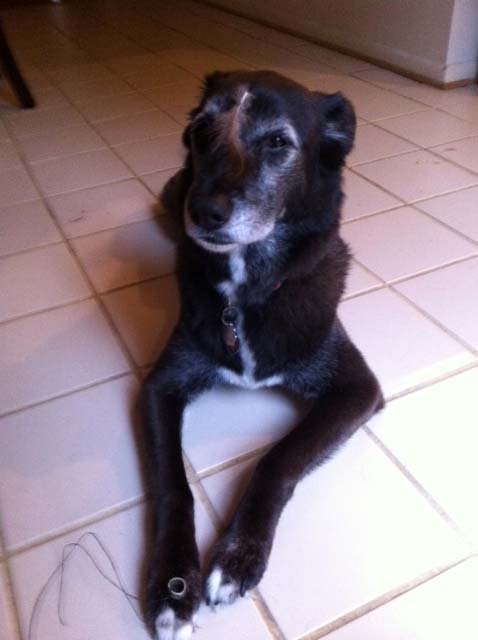 “There actually is a population of geese that lives on the pond behind my house,” says faithful reader Esther Blodgett, “but they’re mean SOBs if you aren’t armed with bread crusts and likely would have resisted my efforts to band them. Fortunately, I found this critter in my back yard. He put up a good fight, but I was able to tag him.” 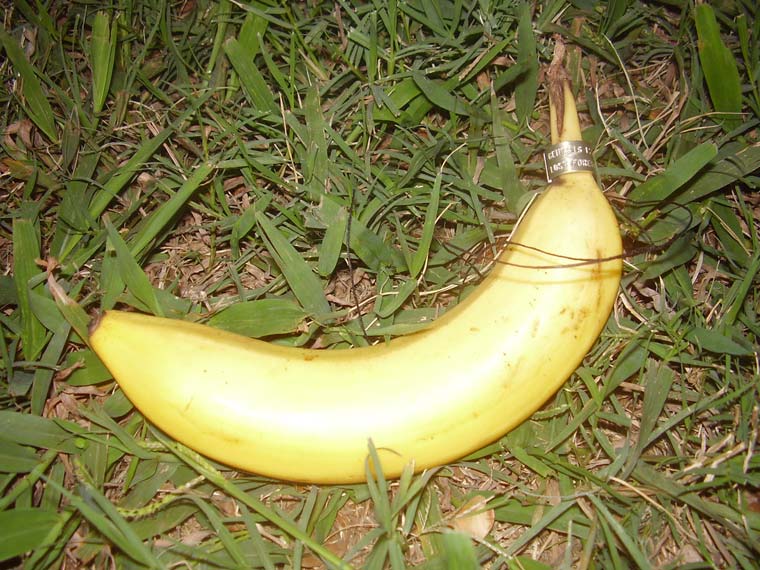 A bird of a different sort was banded up in Alaska: 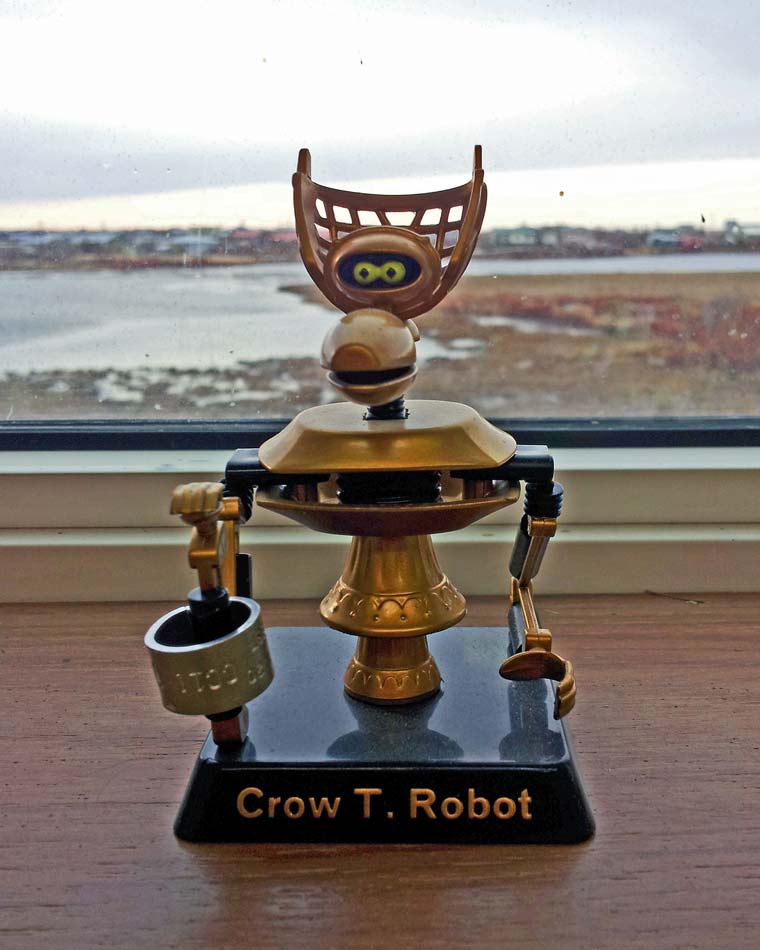 Faithful reader Baka Gaijin had his own favorite bird in mind for this band: 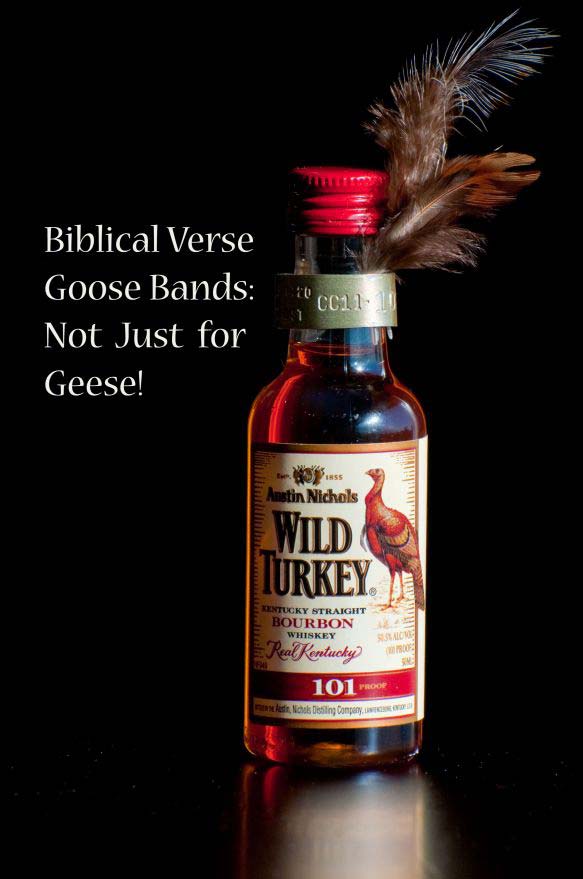 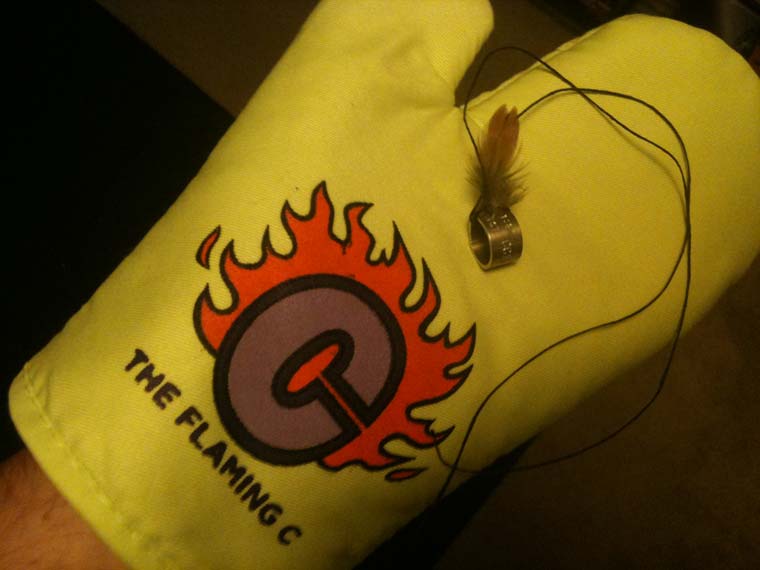 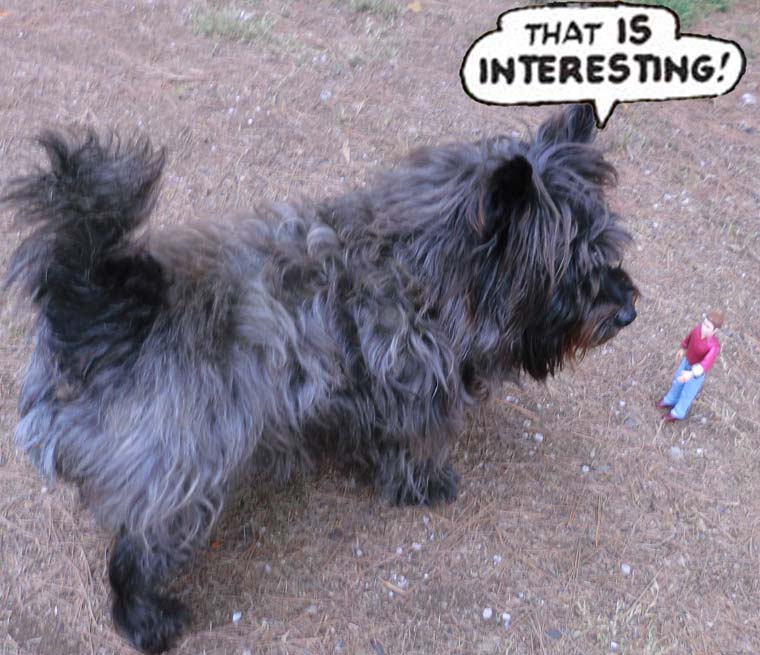 Most everyone who’s donated: your band should be winging its way to you right about now, if you haven’t gotten it yet! The last batch is going in the mail tomorrow. One sad note though: some people have found that the devilish machines at the post office have difficulty dealing with the awesomeness of bible bird bands, and are getting envelopes like this: 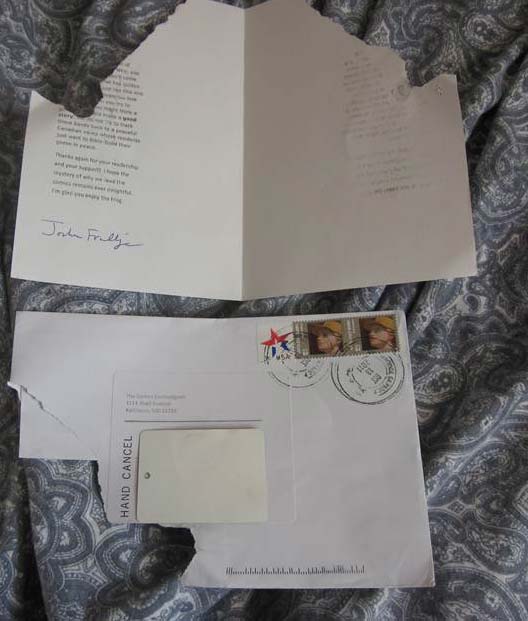 If this monumental tragedy happens to you, please let me know and send me your address — I have extras and will resend. (If you’ve already told me, your band is going out tomorrow.) Similarly, if your band doesn’t show up by, say, the middle of next week, let me know and I’ll send again.