I’m always intrigued by the precise relationship between Crankshaft and its mother strip, Funky Winkerbean — not so much in terms of characters in common or mismatched chronology, but in tone. What thematic elements do they share, and what distinguishes them? Take this Sunday installment. All the old people are sitting around, talking in terms of mounting panic about the death of everyone they know, a fate that will find them soon enough. That’s basic Funkyverse fare. Then you get a dumb and tactless pun about the situation — also Funky-standard. But Crankshaft being a sullen, humorless jerk when he gets his pun taken away from him? That’s the Crankshaft value-add! 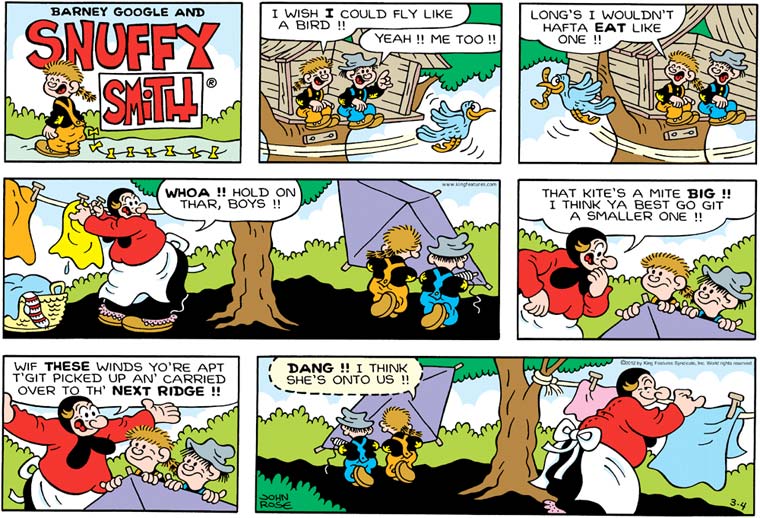 Sorry, boys, nobody’s allowed to leave Hootin’ Holler! Loweezy’s doing you a favor: if you had managed to pilot your makeshift aircraft over the barbed wire fence, you just would have been shot by the guards.