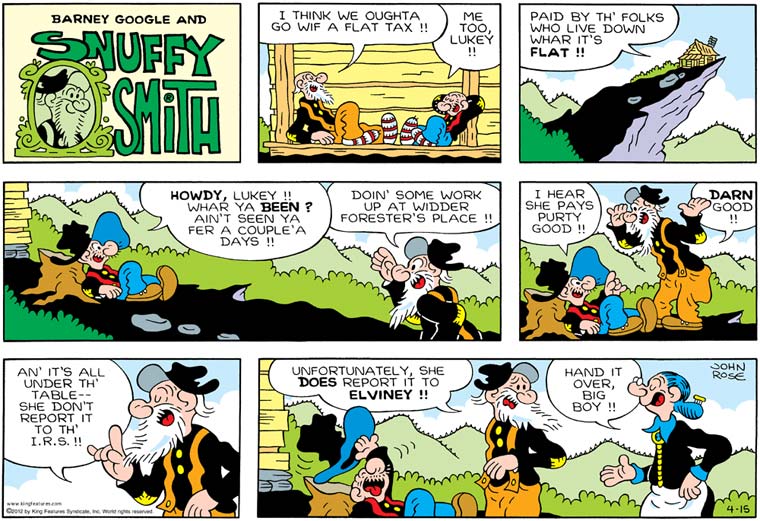 Snuffy Smith has unleashed its most frankly political strip yet! The throwaway panels call for increased taxation on job-creating flatlanders, whereas the main panels imply that hiding income from Big Government is the moral equivalent of hiding income from your own family. You can tell that this blatant leftist propaganda is in violation of the true spirit of this feature, as Lukey refers to the Internal Revenue Service by its fancy initials, rather than simply using the culturally appropriate term “revenooers.”

Instead of trying to divide us with radical politics, Crankshaft brings us together. See, Crankshaft has made a little girl cry, and thus can serve as an object of hatred and contempt for all Americans.

Feel free to speculate wildly about what perverse sex act “giv[ing] Derek the guitar” is meant to denote.