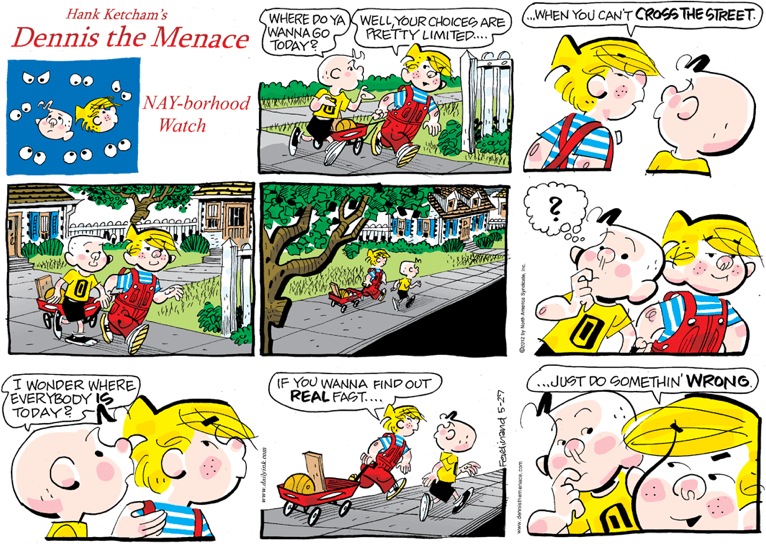 At first glance, this cartoon might seem to take place in a post apocalyptic lull. What has wiped out all the other humans in Dennis’s neck of the woods? Plague? Zombies? Do the living dead wander the streets of Dennis’s hometown, feasting on the flesh of the living, with Dennis staying alive due only to his own cunning and menace, and keeping Joey safe to have someone to talk to? But Dennis’s statement in the final panel paints an even more chilling scenario, and explains his incessant mishcief-making. Dennis exists in an empty world that only responds to his misbehavior, summoning up shadowy figures to scold him. It is only through menace that he can provoke a response from the universe. It is only through menace that he can be saved from terrible, endless loneliness. 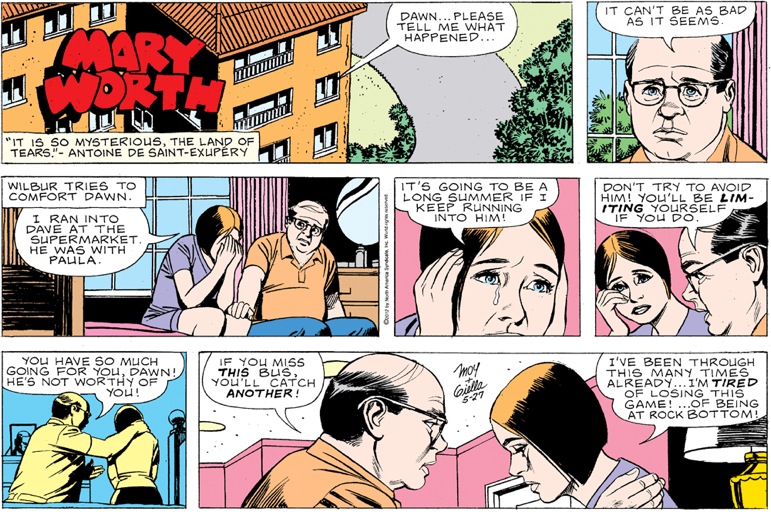 “Dawn, don’t dwell on it … if you miss this bus, you’ll catch another! You see, each young man in your life is like a bus. They’re long and hard, and they come by on a fairly regular schedule, and whenever one arrives, you can ride it for a while, though you have to respect the fact that sometimes it reaches the end of its route before you’ve reached your destination, and sometimes other people want to ride the bus too. But they’re all pretty much alike, and you need to ride as many as you can if you want to get anywhere. Wait, where are you going? Is this metaphor making you uncomfortable? I’m just talking about riding young men as if they’re buses!” 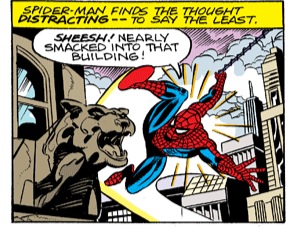