I almost have to agree with Herb here? Though maybe “amazing” isn’t the word I would use. More “puzzling.” It’s puzzling to me that Jamaal is just sitting at the counter, staring wide-eyed at nothing in particular, and then suddenly chirping out fun facts about Burmese Buddhist savants. It’s not like he’s reading it from a book or anything, he just says it, as if the thought had been rolling around his skull like a marble and just now popped out. Is Jamaal high? I’m worried that Jamaal is high. 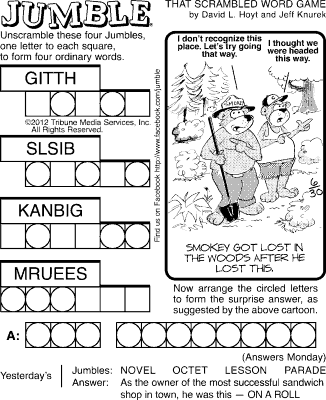 As far as Whimsical Animal Partial Nudity goes, I’ve always found Smokey the Bear’s pants-but-no-shirt look much more unsettling than Donald Duck’s shirt-but-no-pants configuration. I guess I’m just more willing to accept Donald’s sailor shirt as kind of a shorthand for a whole outfit, or maybe I’m just willingly blind to his exposed crotch. Meanwhile, Smokey really looks half-dressed to me, like a forest ranger who one day decided to go shirtless during his work in the great outdoors and show off his furry, muscular torso to the world. Admittedly, he looks classier than his friend over there in the baseball cap and too-small tank top, but still. 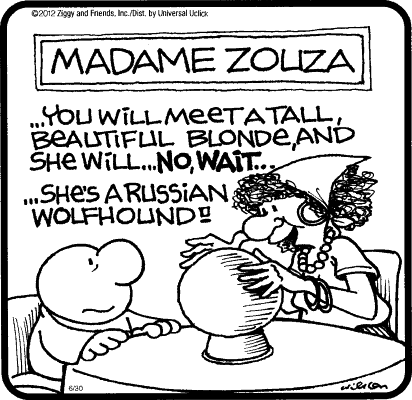 Ziggy looks kind of unsettled by the prospect of someday becoming romantically involved with a dog, but, to my mind, not unsettled enough.